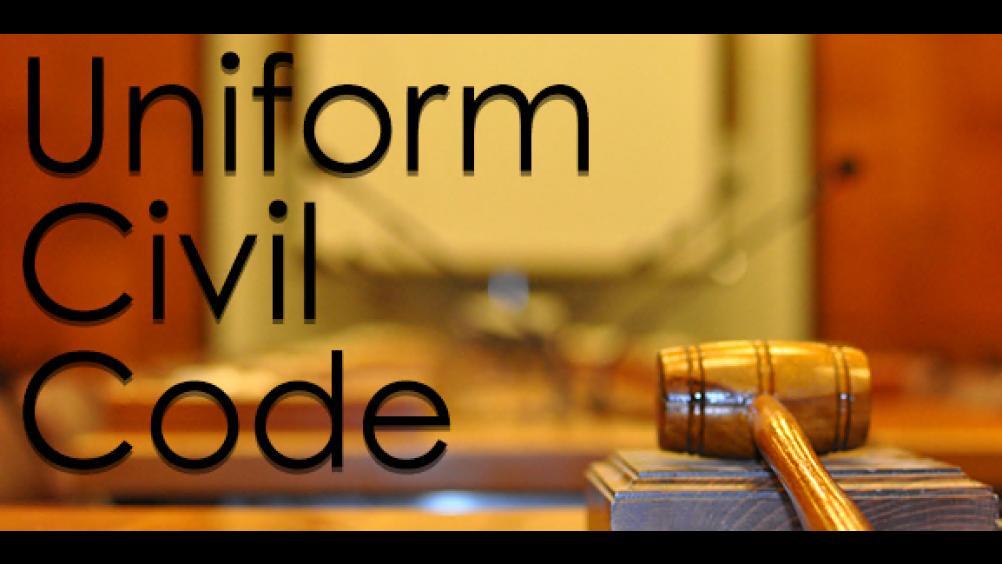 Uniform Civil Code in India: The Uniform Civil Code, also known as the UCC, is a proposed law in India to create and execute personal laws of citizens that are applicable to all people regardless of their gender, sexual orientation, or religion. Currently, the religious texts of different communities regulate their personal laws.

Why is Uniform Civil Code is Proposed in Rajya Sabha?

The BJP member Kirodi Lal Meena submitted a bill in the upper house that would create a commission to draught a UCC. The Bill was introduced by Meena with the intention of being implemented nationwide. The bill was introduced in Rajya Sabha because it mentioned creating a national inspection and investigation commission to create a uniform civil code.

Uniform Civil Code: Why Muslims and other conservative groups are against it?

Muslim organisations, and other conservative religious groups and sects continue to debate the Uniform Civil Code, surrounding secularism in Indian politics in defence of sharia and religious practises. Personal laws govern marriage, divorce, inheritance, adoption, and maintenance. They are distinct from public laws.

Uniform Civil Code in India: What are the main arguments?

What is the purpose of Uniform Civil Code in India?

Uniform Civil Code in India: What does the Indian Constitution say?

Due to the fact that Uniform Civil Code in India does not make distinctions based on gender or sexual orientation, this draught also inspires hope for the LGBTQIA+ population in India. No applicable law in India up to this point has acknowledged same-sex marriages as legal.

Uniform Civil Code in India: When were the personal laws drafted?

For primarily Hindu and Muslim populations, personal laws were originally drafted during the British Raj. British officials decided against interfering more in this domestic matter out of concern for the community leaders’ resistance.

Goa, a state in India, was expelled from the country Due to colonial rule in the formerly Portuguese Goa and Daman, the Indian state of Goa was cut off from the rest of India but kept its common family law, known as the Goa civil code, making it the only state in India to this day with a unified civil code.

Hindu code bills were introduced after India gained its independence and largely codified and reformatted personal laws in different sects of Indian religions like Buddhists, Hindus, Jains, and Sikhs while exempting Christians, Jews, Muslims, and Parsis because they were recognised as separate communities from Hindus.

Following the Shah Bano case in 1985, UCC became an important subject of discussion in Indian politics. The issue of applying some laws to all citizens without hurting their fundamental right to freedom of religion gave rise to the discussion.

The discussion then turned to Muslim Personal Law, which allows for unilateral divorce and polygamy and is considered one of the legal ways that Sharia law is applied. UCC was again suggested, in November 2019 and March 2020, however each time it was quickly removed without being introduced in parliament.

Uniform Civil Code in India: What is the Hindu Code Bill?

After the Indian Constitution was adopted in 1951, a select committee headed by B. R. Ambedkar was convened, and they were given the Rau Committee report’s draft to review. The Hindu Code Bill was discussed for a while before it expired and was resubmitted in 1952.

The Hindu Succession Act was subsequently passed in 1956 to reform and codify the legislation governing intestate or unwilled succession among Hindus, Buddhists, Jains, and Sikhs. The Act updated Hindu personal law and increased property rights and ownership opportunities for women. Their father’s inheritance, it granted women property rights.

The Act of 1956’s general rules of succession state that, in the case of an intestate male death, Class I heirs succeed before Class II heirs. The Act was amended in 2005 to add more descendants, elevating women to Class I heirs. The daughter receives the exact same portion as a son.

Uniform Civil Code in India: What is the difference between civil laws and criminal laws?

Civil laws are impacted by faith, although criminal laws in India are uniform and apply to all people equally, regardless of their religious views. The personal laws which govern in civil disputes have always been applied in accordance with constitutional standards, despite being swayed by religious scriptures.

Uniform Civil Code in India: What are personal laws?

Laws that are relevant to a particular group of people based on their caste, religion, faith, and beliefs, are made after careful examination of traditional practices and religious scriptures. Hindu and Muslim personal law derives from and is governed by the sacred books of their respective religions.

Islam has personal rules that are based on the Quran that govern issues including pre-emption, guardianship, guardianship, marriage, wakfs, dowry, inheritance, wills, succession, legacies, and marriage.