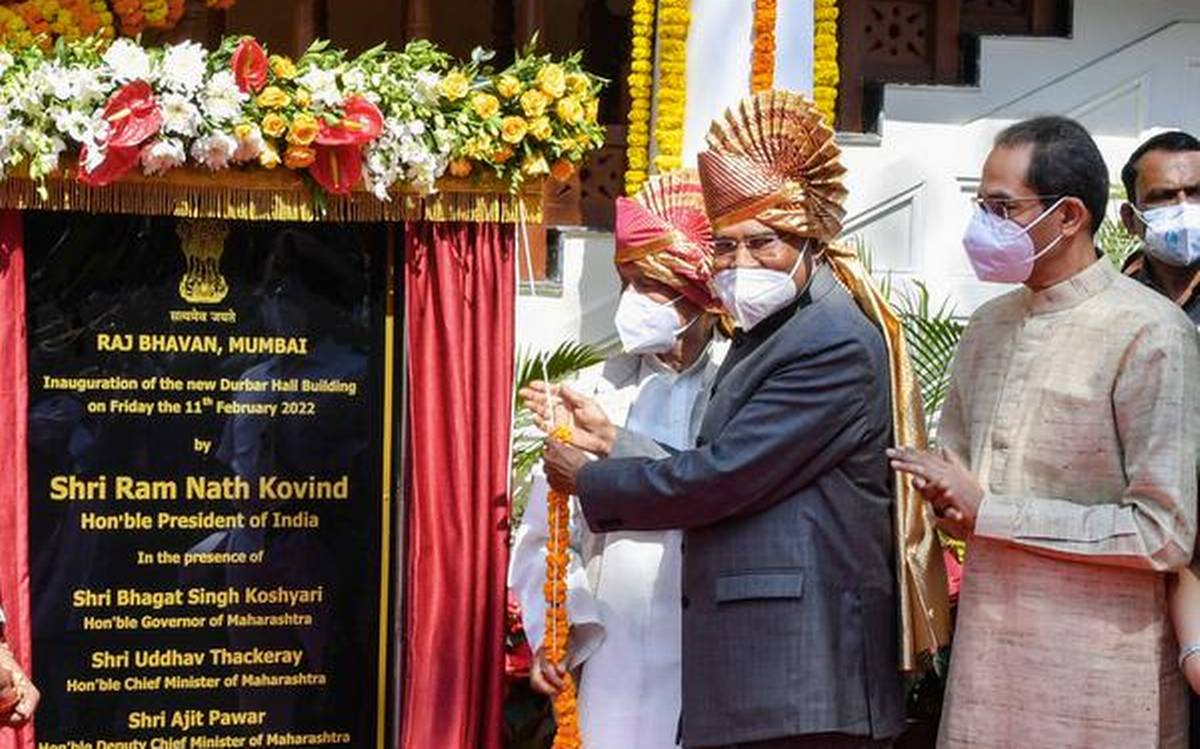 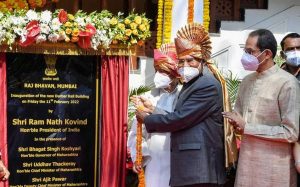 President of India, Ram Nath Kovind has inaugurated the Durbar Hall at Raj Bhavan, situated at Malabar Hill, Mumbai. While retaining the heritage features of the old court hall, the new hall has been given additional features such as a balcony and a sea view gallery. Durbar Hall has political importance as it has been associated with oath-taking ceremonies of the Governors, chief ministers of the state.

Earlier, the inauguration of Durbar Hall was scheduled on December 8, 2021, but it was postponed due to the sudden demise of General Bipin Rawat, chief of defence staff in a helicopter crash.

About the Durbar Hall:

Most of the swearing-in ceremonies were held at the Durbar Hall only until 1995 when Manohar Joshi took oath as the chief minister at Shivaji Park at Dadar for the first time. The new Durbar Hall is built on the site of the old Durbar Hall and has a seating capacity of 750. Chief minister Uddhav Thackeray also took oath of the position at a grand event held at Shivaji Park on November 29, 2019. Thackeray also informed that the map of Unified Maharashtra was inaugurated here at Durbar Hall at the hands of the then prime minister Pandit Jawaharlal Nehru.