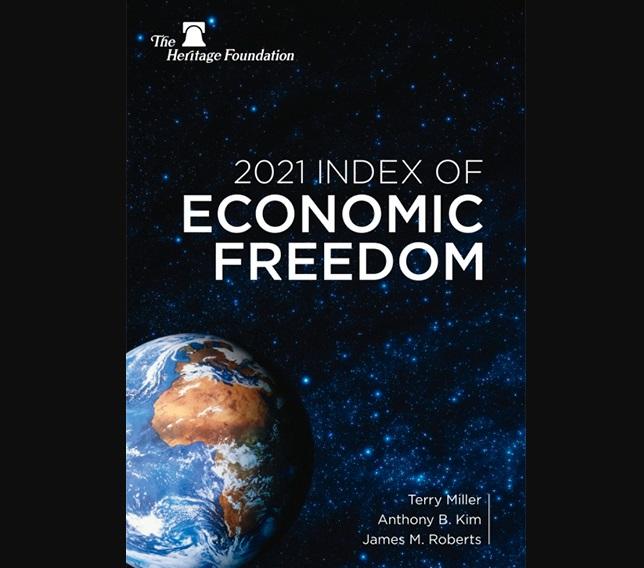 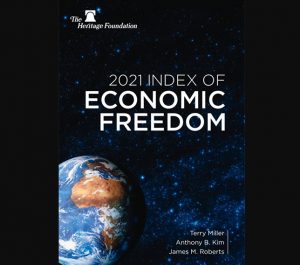 The Heritage Foundation, a US Conservative think-tank, recently launched the “Economic Freedom Index”. The index was prepared by covering 184 countries this time for the period of July 2019 to June 2020. This is the first time the index has been published since the COVID-19 pandemic overturned lives as well as global economies and the scoring reflects a small extent how governments have responded to the health crisis.

In the index, Singapore has topped the global ranking for the second consecutive year. In the 2021 Index, India came in around the middle of the pack among Asia-Pacific countries ranking 26th out of 40 countries, scoring 56.5 points. Globally, the Foundation rates India’s economy as the 121st freest. Although its overall score is unchanged, improvements were made in business freedom. This was offset by declines in judicial effectiveness and other scores.

Important Fact of the Index:

What is Economic Freedom Index?