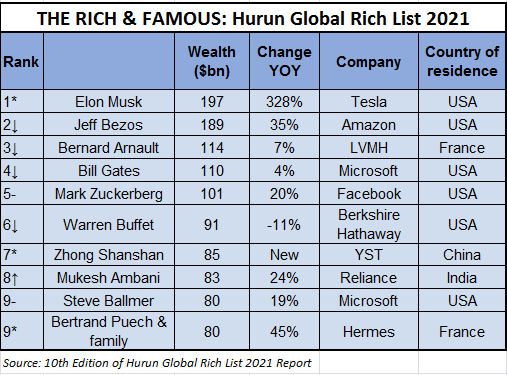 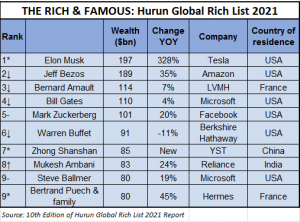 The 10th Edition of Hurun Global Rich List 2021 was released, which ranked 3228 billionaires from 2,402 companies and 68 countries. The report showed that despite the COVID-19 pandemic, the world added 8 billionaires every week in 2020 and 421 in a year, taking their total number to a record 3,288.

The total wealth of all billionaires across the globe surged 32 per cent, an addition of $3.5 trillion, to take their total wealth to $14.7 trillion, during the period under review. The wealth calculations taken into account is as of January 15, 2021.