Skip to content
Current Affairs   »   Everything about Agni 5 Ballistic Missile... 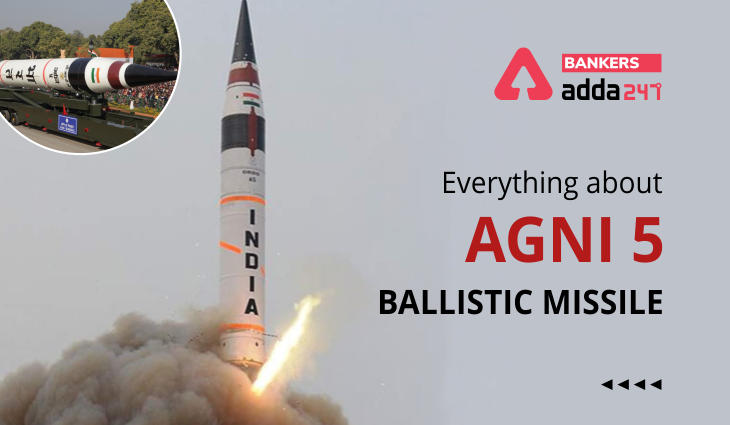 The defence ministry of India said the successful test of Agni-5 is in line with India’s stated policy to have credible minimum deterrence that underpins the commitment to ‘No First Use’. The missile has been successfully tested five times and is in the process of induction into the Army. The successful test-firing of surface to surface ballistic missile Agni-5 has also come in the midst of a lingering border stand-off with China in Eastern Ladakh.

IGMDP was conceived by Dr A.P.J. Abdul Kalam to enable India to attain self-sufficiency in the field of missile technology. It was approved by the Government of India in 1983 and completed in March 2012. The 5 missiles (P-A-T-N-A) developed under this program: Prithvi, Agni, Trishul, Nag, Akash.

Range of all Agni Missiles: