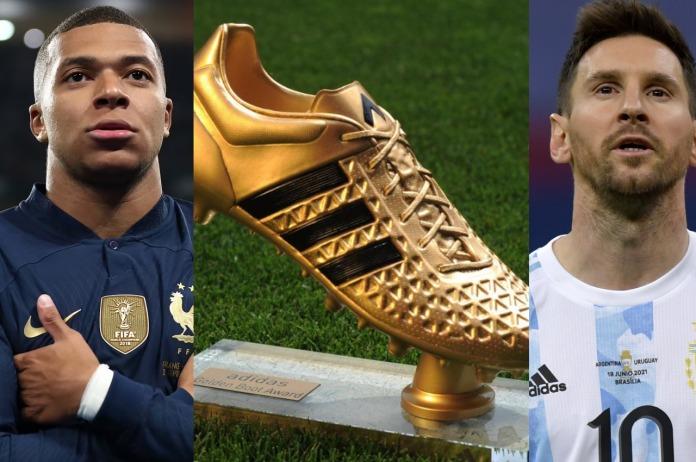 The Golden Boot, is awarded to the World Cup’s top goal scorer, is presently tied for first place with five goals each between Lionel Messi and Kylian Mbappe, who will compete in the FIFA World Cup 2022 final game. A player who scores the most goals throughout the competition will receive the Golden Boot.

What a match it was. It was probably one of the best finals ever. But in the end Argentina defeated France by 4-2 in penalty shootout after the match drawn 3-3 in the normal time. France Kylien Mbappe (8 Goals)  won Golden Boot by out scoring Messi, who scored 7 goals in FIFA World Cup 2022.

French professional footballer Kylian Mbappé Lottin (born December 20, 1998) plays forward for Ligue 1 team Paris Saint-Germain and the France national team. Mbappé, one of the best players in the world, is known for his remarkable speed, dribbling skills, and finishing.

Mbappé started his professional club career in 2015 by playing for Monaco, where he won the Ligue 1 championship. He was born in Paris and reared in the nearby town of Bondy. Mbappé became the second-most expensive player and most expensive adolescent player in 2017 when he signed for Paris Saint-Germain for an eventual permanent move of €180 million. He was 18 years old at the time. He has four Ligue 1 championships, three Coupes de France, and is the club’s second-leading goal scorer all-time.

In 2020, he helped PSG in reaching their first UEFA Champions League Final.

Mbappé earned his senior debut for France in 2017 at the age of 18 on the international stage. Mbappé became the second teenager, after Pelé, to score in a World Cup Final at the 2018 FIFA World Cup. He also became the youngest French player to score at a World Cup. He scored two of the two goals that helped France win the tournament, and for his efforts, he was named the French Player of the Year and Best Young Player at the FIFA World Cup.

The World Cup is not the only individual gold still up for grabs. The FIFA World Cup final will receive the Golden Boot, Golden Glove, and Golden Ball awards given to players who are remaining in the competition, three awardees might be determined throughout the final two games.

Golden Boot 2022 Winners: Who all are in the race?

What are the Golden Boot tiebreakers?

Tiebreakers are used if two or more players are tied for the most goals at the end of the championship game.

The FIFA World Cup 2022 finals features France and Argentina. Lionel Messi will compete for Argentina in the quadrennial match at the Lusail Iconic Stadium on Sunday, December 18, for the final time. This will be Messi’s final shot to add the World Cup, a prize that has eluded him throughout his remarkable career, to his sparkling cabinet.

The table below have the details of all the top goal-scorers of FIFA World Cup 2022.

Ans: Argentina defeated France by 4-2 in penalty shootout after the match drawn 3-3 in the normal time.

Argentina defeated France by 4-2 in penalty shootout after the match drawn 3-3 in the normal time.