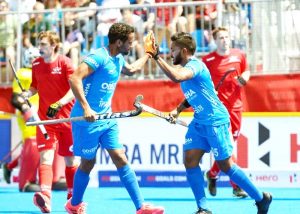 India beat Poland 6-4 in final to clinch the inaugural FIH Hockey 5s championship in Lausanne in Switzerland. Earlier, India first outplayed Malaysia 7-3, pumping in four goals in the second half in a stunning show before beating Poland 6-2 in the second match of the day. India, who had topped the five-team league standings with three wins and one draw en route final, ended their campaign with an unbeaten record.

India had topped the five-team standings after the round-robin league stage with 10 points from three wins and one draw. India had beaten hosts Switzerland 4-3 and drawn with arch-rivals Pakistan 2-2.