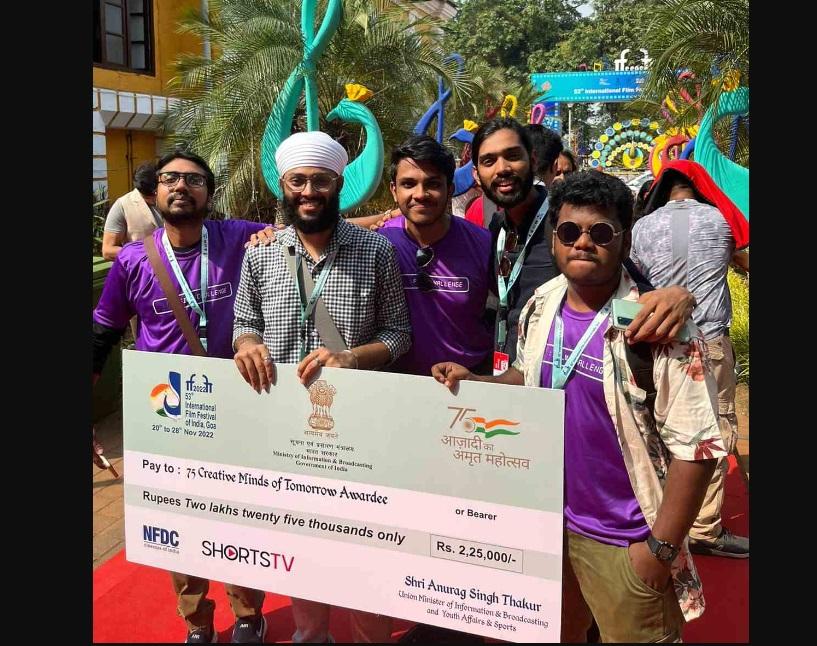 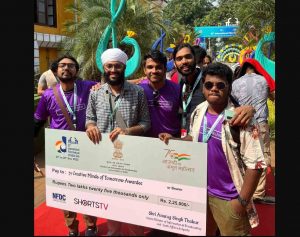 Team Purple, with its newly minted “Dear Diary” was named the winner of the 75 Creative Minds of Tomorrow talent campus, a segment of the International Film Festival of India. The winning film “Dear Diary” told a story of a woman who is forced to confront her past trauma when she meets with her sister, who wants to visit the same venue where her abuse previously took place. The films were judged by a three-member jury chaired by celebrated filmmaker Mani Ratnam along with CEO and Shorts TV founder Carter Pilcher and Armstrong Pame, deputy secretary (Films-I) at the Ministry of Information and Broadcasting.

About the 75 Creative Minds of Tomorrow:

The second edition of ‘75 Creative Minds of Tomorrow’ at International Film Festival of India (IFFI) in Goa concluded with the award ceremony of the “53-Hour Challenge”. The competition provided a challenge to the 75 Creative Minds selected from all over the country to produce a short film on their idea of India@100, all in 53 hours. The event involved participants, aged between 18-35 years, who hailed from different aspects of filmmaking and from across India. Among their challenges was to work in five teams and produce a short film in the space of just 53 hours and on a budget of no more than $1,000.

The five short films produced by the ‘Creative Minds of Tomorrow’ showcase their vision of India@100 and it is commendable that the best film “Dear Diary” not only has a woman protagonist, but it has also been directed by a woman. The other four films were: “Antardrishti” (The Insight) by Team Orange, “The Ring” by Team Yellow, “Almost” by Team Green and “Sau Ka Note” (100 Rupee Note) by Team Pink.