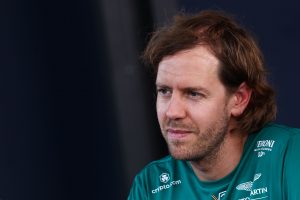 Four-time Formula One champion, Sebastian Vettel who is currently a part of Aston Martin announced his retirement. The 35-year-old German driver declared that he will retire at the end of the season. He is one of the most successful drivers in the F1 race is currently third on the list of all-time Grand Prix winners with 53 victories, trailing only Lewis Hamilton and Michael Schumacher.

The career of Sebastian Vettel:

Sebastian Vettel won his first three F1 titles consecutively from the year 2010 to 2013 with Team Red Bull. His previous race win was in the year 2019 with Ferrari. In his career, Vettel has driven for BMW Sauber, Toro Rosso, Red Bull, Ferrari, and Aston Martin. He is the youngest World Champion in Formula One and has 122 podium finishes, and 57 pole positions.