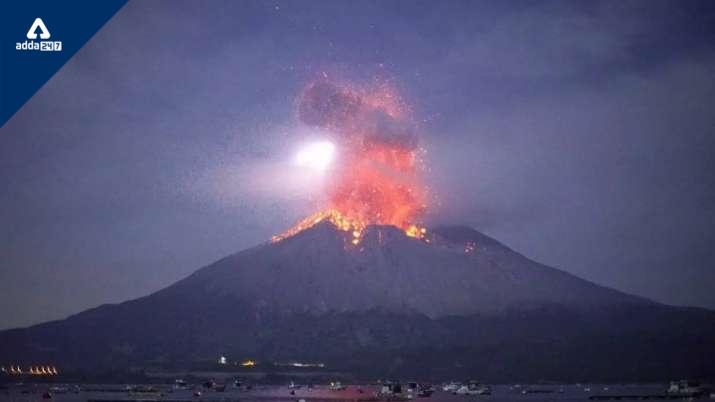 A Volcanic eruption took place on Japan’s main southern island of Kyushu. The locals are ordered to evacuate the place as soon as possible so that no person is affected by the volcanic eruption. The officials and Government of japan have taken safety measures to make sure that the locals are safe.

Sakurajima is situated on the main southern island of Kyushu in Japan. Sakurajima was an island, which has the highest number of active volcanoes in Japan and that has erupted repeatedly. It is about 1000km away from the Southwest of Tokyo. In 1914, Sakurajima faced a hazardous volcanic eruption killing 58 people, after which it became peninsular.

These are the most remarkable volcanoes in Japan.