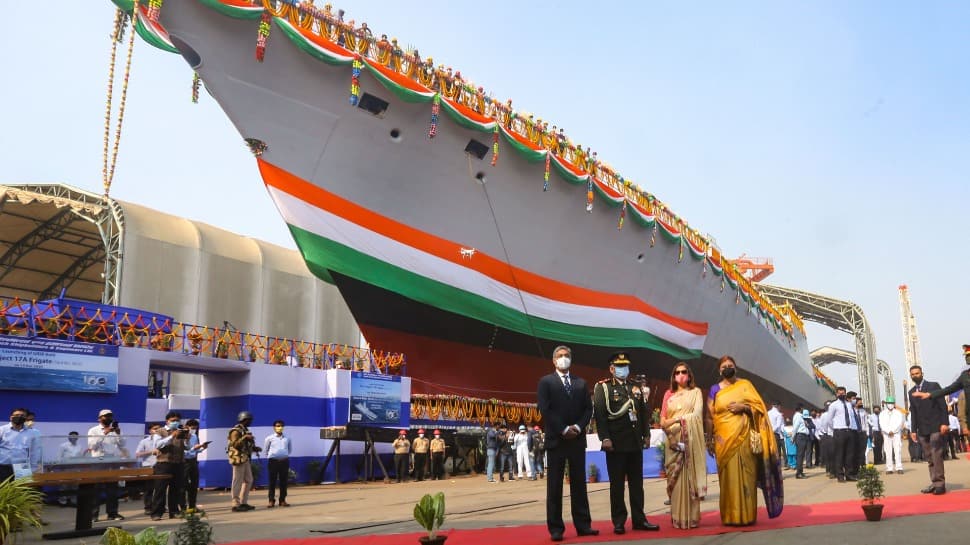 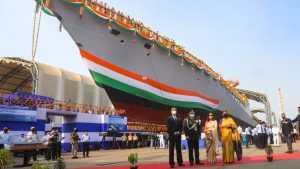 Himgiri, which is the first of the three Project 17A ships being built at Garden Reach Shipbuilders and Engineers Limited (GRSE), Kolkata was launched. The launch of ‘Himgiri’ has showcased GRSE’s commitment towards the building of three state-of-the-art warships of P17A for Indian Navy.

Under the Project 17A program, a total of seven ships, four at Mazagon Dock Shipbuilders Limited (MDL) and three ships at GRSE are being built with enhanced stealth features, advanced indigenous weapon and sensor fit along with several other improvements. P17A ships are the first gas turbine propulsion and largest combat platforms ever built at GRSE. Since its inception, Project 17A has upheld India’s vision for Atmanirbhar Bharat.