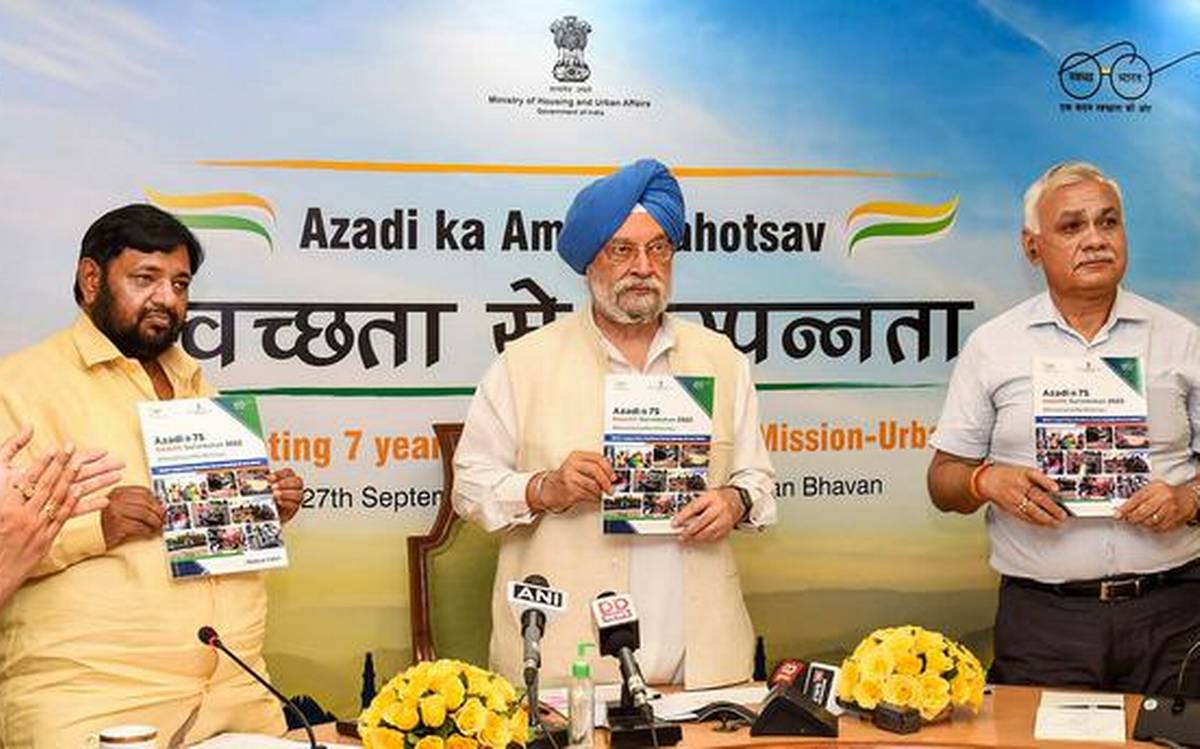 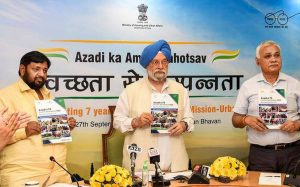 Union Housing and Urban Affairs Minister, Hardeep Singh Puri has launched the 7th edition of Swachh Survekshan 2022. The seventh edition of the annual cleanliness survey in the urban areas, under which district rankings have been introduced for the first time. The voice of senior citizens and young adults will also be given priority.

This survey will create a level playing field for smaller cities by introducing 2 population categories:-under 15,000 & btw 15,000-25,000. The scope of the survey has been expanded to now cover 100 per cent wards for sampling as compared to 40 per cent in previous years, according to the ministry.

The Mission is also committed to continuously engage with citizens to improve the quality of public sanitation infrastructure and services. To this end, the ‘Sarvajanik Shauchalay Safai Jan Bhagidari Utsav’ will be facilitated to assess the quality of community and public toilets and capture citizen feedback for process improvement in future.