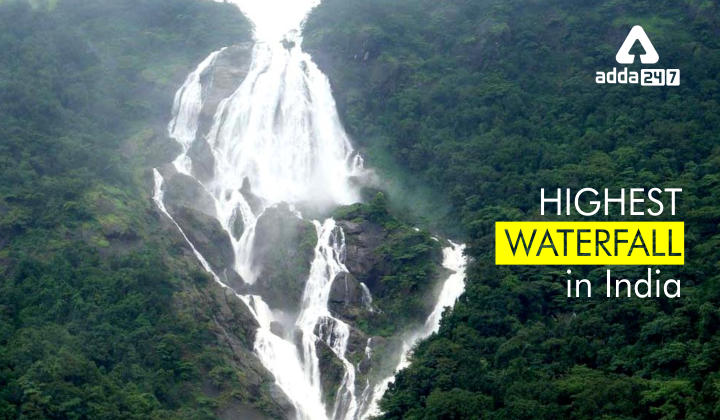 There are many majestic waterfalls in India and today in this article we will discuss the highest Waterfalls found in India. India’s highest Waterfall is Kunchikal waterfall which is located in the Shimoga district of Karnataka. It is 455 meters or 1493 ft. There are a few types of waterfalls which are Cataract (large and powerful waterfall), Horsetail (descending water), Plunge (water descends vertically), block (water descends from relatively a wider stream or river), multistep (series of waterfalls one after another of the same size), Segmented (separate flow of water forms as it descends), Cascade (water descends a series of rocks steps), Punchbowl (water descends in a constricted form), Tiered (water drops in a series of distinct steps or falls), and Fan (water spreads horizontally as it depends while remaining in contact with bedrock).

Dams In India: List Of Highest Dams Found In India

FAQs related to the Highest waterfalls in India