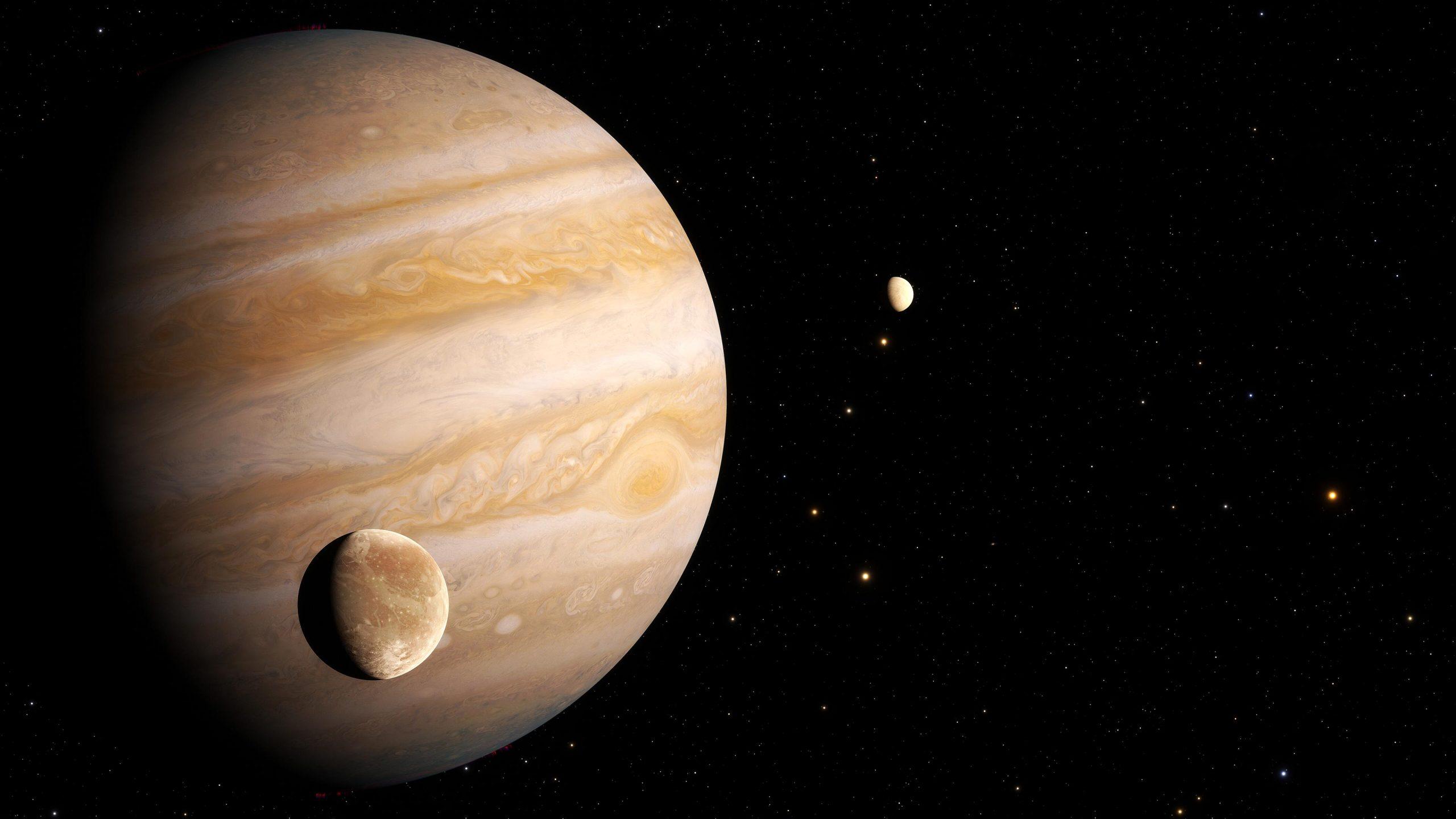 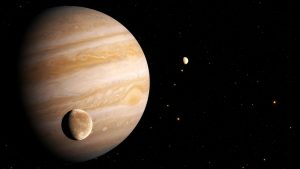 For the first time, astronomers have uncovered evidence of water vapour in the atmosphere of Jupiter’s moon Ganymede. This water vapour forms when ice from the moon’s surface sublimates that turns from solid to gas. Scientists used new and archival datasets from NASA’s Hubble Space Telescope to make the discovery, published in the journal Nature Astronomy.

In 1998, Hubble’s Space Telescope Imaging Spectrograph took the first ultraviolet (UV) images of Ganymede, which revealed colourful ribbons of electrified gas called auroral bands, and provided further evidence that Ganymede has a weak magnetic field. The similarities in these UV observations were explained by the presence of molecular oxygen (O2). But some observed features did not match the expected emissions from a pure O2 atmosphere. At the same time, scientists concluded this discrepancy was likely related to higher concentrations of atomic oxygen (O).