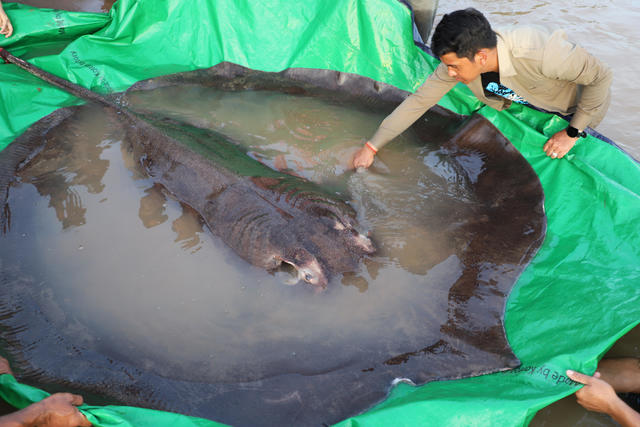 The enormous stingray Moul Thun snagged on the end of line by a fisherman was larger than any fish ever seen, the hunter was aware. The 42-year-old fisherman from Kaoh Preah, an isolated island in the Mekong River, in northern Cambodia, didn’t realise was that the ray would eventually be designated the largest documented freshwater fish in the world.

About the Fish Population Decline: