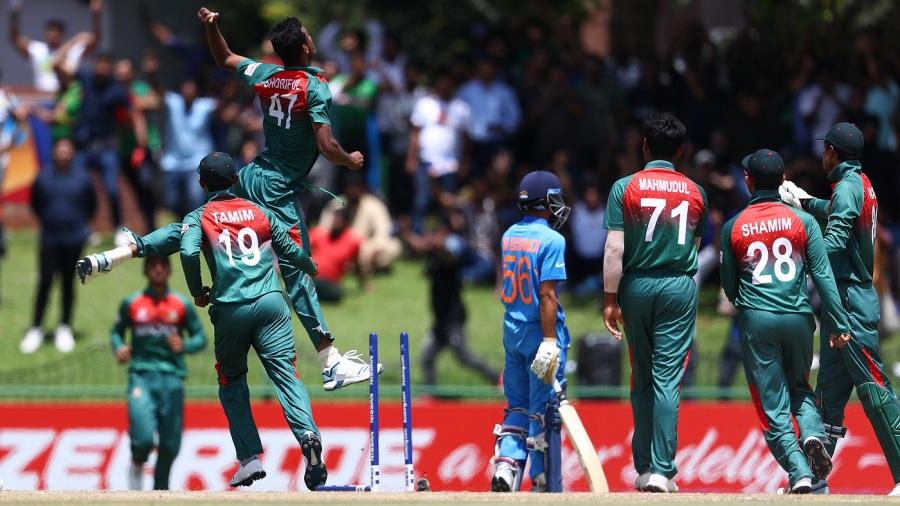 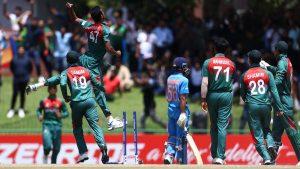 The International Cricket Council has penalized three Bangladesh as well as two Indian U-19 cricketers. The players have been sanctioned by ICC for violating the Code of Conduct for players. ICC found them guilty of the Level 3 breach during the U-19 World Cup finals between India and Bangladesh, held in South Africa. ICC found them guilty as they were involved in an exchange of words with some pushing and shoving on the field after the final match.

The list of punished players includes Towhid Hridoy, Shamim Hossain and Rakibul Hasan of Bangladesh, and Akash Singh and Ravi Bishnoi of India. The Bangladesh cricketers were handed six demerit points as per the ICC code of conduct. While Indian players were penalized with five demerit points for the post-match incidents.

Ravi Bishnoi was further handed over two additional demerit points for using ‘language, actions or gestures which disparage or which could provoke an aggressive reaction’ from the batsman.

The suspension points imposed by the International Cricket Council will be applied to the upcoming international matches that the players are most likely to participate and the demerit points will remain on records for two years.

Bangladesh chased down a revised target of 170 to defeat India in the U-19 World Cup finals and claimed their maiden global trophy with a three-wicket victory in Potchefstroom, South Africa.