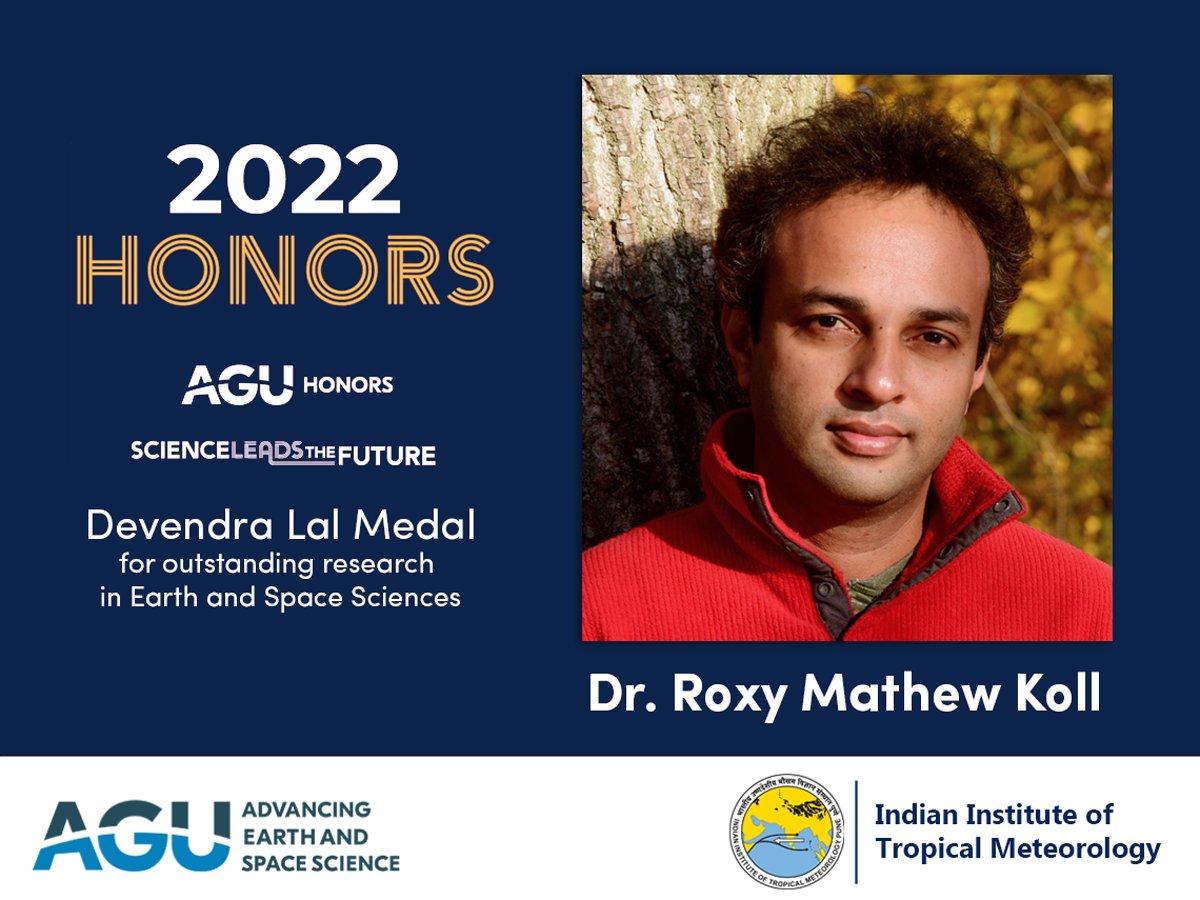 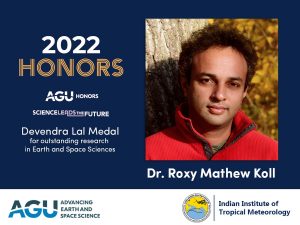 Roxy Mathew Koll, a scientist at the Pune-based Indian Institute of Tropical Meteorology (IITM), received the American Geophysical Union’s (AGU) 2022 Devendra Lal Memorial Medal. Koll was selected for his outstanding research in Earth and space sciences. He will also be conferred as a Fellow of the AGU. AGU is a non-profit organisation that annually recognises a select number of individuals as part of its honours and recognition programme in Earth and space sciences.

Why this award is given to Roxy Mathew Koll?

Koll has made breakthrough contributions to science, monitoring, forecasts, and climate change projections for South Asia and the larger Indo-Pacific region. His research provides insights into the mechanisms and impacts of climate change on monsoon floods and droughts, cyclones, heat waves, and the marine ecosystem.

Koll served as an author of the climate change assessment reports from the Intergovernmental Panel on Climate Change (IPCC). He is currently chairing the Indian Ocean Region Panel under the United Nations CLIVAR programme, a body that coordinates the monitoring and research of the Indian Ocean climate system. Based on his scientific contributions, he was ranked among the top 2% of scientists by Stanford University. He has been actively collaborating with citizen science networks, local governments, and media to bring science to society.

About the Devendra Lal Memorial Medal 2022:

The medal is named in honour of professor Devendra Lal, a distinguished geophysicist whose work spanned diverse areas of the Earth and space sciences. He is best known for his role in founding and developing the held in which cosmic rays produced isotopes on Earth are used as tracers to investigate a wide range of Earth science problems.