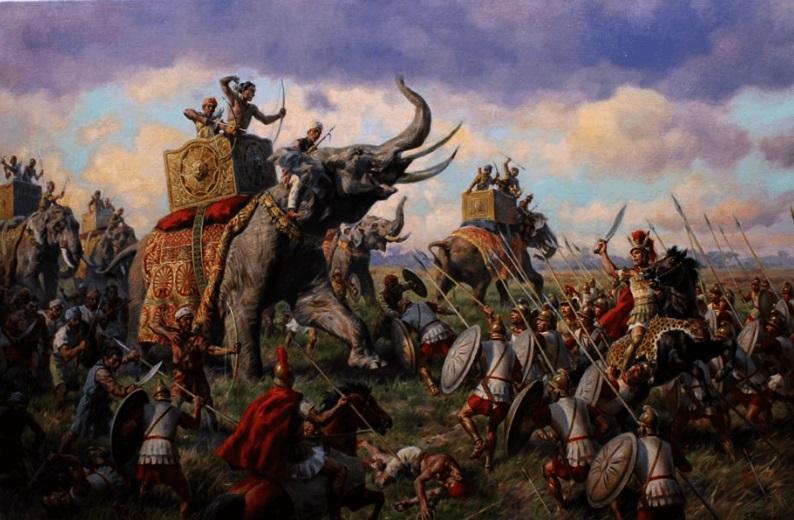 In the history of India, there are several notable battles, starting from ancient times to modern times. These battles and wars have influenced India and led to many changes throughout these years. Here is a list of some important battles and wars in India.

States And Capitals Of India 2022

Battle of the Ten Kings or Dasarajna Yuddha

Battle of the Hydaspes

The battle of Pullalur was fought between Chalukya King Pulakesin II and Pallava King Mahendravarman. The rapid expansion of the Chalukya Empire resulted in the seizure of the Vishnukundin Kingdom. The Vishnukundin Kingdom was the property of Pallavas of Kanchi, an emerging power in the 6th century AD.  This resulted in the anger of Pallavas and led to the Battle of Pullalur. The Chalukya King Pulakesin won the battle, and the war took place between 618-619 CE.

The first battle of Tarain between Mohammed Ghori (leader of the Turkish Clan) and Prithviraj Chauhan (Leader of the Rajput Clan) was in 1191. By 1149, Ghurids emerged victoriously and manage to sack the city of Ghazni. The Ghurids Empire was led by Mohammed Ghori and Ghiyas al-Din. They wanted to expand their empire in the eastern part of India. Mohammed Gori sent a notice to the court of Prithviraj Chauhan for settlement. The settlement included some conditions. This condition said that all the citizens have to convert to Islam and accept the Suzerainty of Ghurids, all these conditions work refused by Prithviraj Chauhan. This led to the first battle of Tarain and was one of the major battles during the Arab and Turkish invasion of India. Mohammad Ghauri entered the kingdom of Chalukyas in 1178 but was defeated by the Chalukyas army. The battle of Tarain was won by Prithviraj Chauhan.

The second battle of Tarain

The first battle of Panipat was between Babur and the Lodi Kingdom on 21st April 1526. Babar wanted to conquer India after he reach the banks of Chenab in 1519. Babur wanted to expand his empire in Punjab to fulfill his ancestor Timur’s legacy. During this time North India was ruled by Ibrahim Lodi. The Mughal army consisted of 13000 to 15000 men. The battle of Panipat was a victory for Babur.

FAQs related to Battles and Wars in India