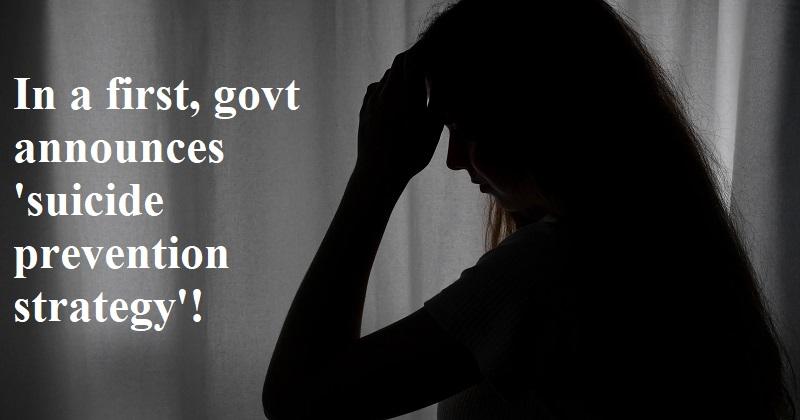 The Ministry of Health and Family Welfare unveiled the National Suicide Prevention Strategy — the first-of-its-kind policy formulated by the government to prevent suicides as a public health priority.

According to the ministry, the policy that will set the stage for promotion of mental health and prevention of suicides in the coming decade.

The goal of the strategy is to reduce suicide mortality in the country by 10 per cent by 2023. The strategy provides a framework for multiple stakeholders to implement activities for prevention of suicides in the country.

First, it seeks to establish effective surveillance mechanisms for suicide within the next three years.

Second, it seeks to establish psychiatric outpatient departments that will provide suicide prevention services through the District Mental Health Programme in all districts within the next five years.

Third, it aims to integrate a mental well-being curriculum in all educational institutions within the next eight years.

The fourth objective of the National Suicide Prevention Strategy is to strengthen surveillance of suicide and further generation of evidence through evaluation, that will ensure improvement in the programme quality.

How It Will Be Implemented:

The NCRB report also stated that more than 1,00,000 people die by suicide in the country every year. A total of 25,891 suicides were reported in the 53 megacities of the country during 2021, with the highest in Delhi.

The Mental Healthcare Act 2017 brought in some necessary changes. The Act that came into force from May 2018 effectively de-criminalised attempted suicide, which was punishable under Section 309 of the Indian Penal Code. It ensured that the individuals who have attempted suicide are offered opportunities for rehabilitation from the government as opposed to being tried or punished.