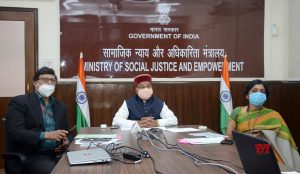 About the National Portal for Transgender Persons: 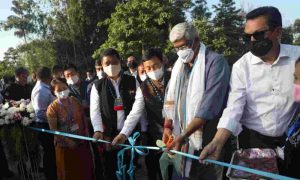 Union Jal Shakti Minister, Gajendra Singh Shekhawat has launched India’s first solar-based Integrated Multi-Village Water Supply Project (IMVWSP) in Arunachal Pradesh. The solar-based lift water supply project is ‘first of its kind’ in the country, and has been commissioned at a cost of Rs 28.50 crore. However, such projects will be carried out in other parts of the country too. 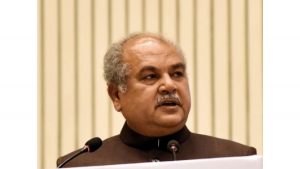 Union Agriculture Minister, Narendra Singh Tomar has launched “AYUSHMAN SAHAKAR”. The scheme is a unique way to assist cooperatives to play an important role in the creation of healthcare infrastructure in the country. 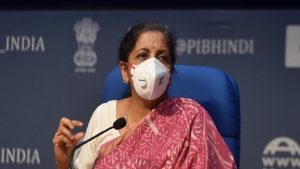 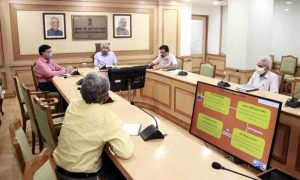 To begin with, the ministry launched the API integration between the PM SVANidhi portal and SBI’s eMudra portal. Ministry would perform similar integration with other banks as well for which a consultative meeting will be held shortly. 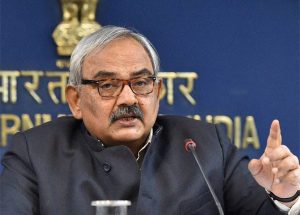 Government of India has constituted an Expert Committee for making an overall assessment of relief to bank borrowers related to waiver of interest and waiver of interest on interest on the COVID-19 related moratorium. State Bank of India will provide secretarial support to the committee. The Committee may consult banks or other stakeholders, as deemed necessary, for the purpose.

The Expert Committee shall be as under:

The terms of reference of the committee shall be as under: 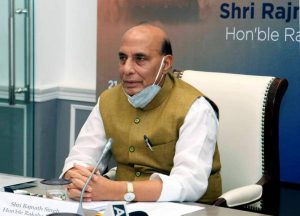 Defence Minister Rajnath Singh has approved the setting up of 3-member committee headed by Lt. Gen. Shekatkar (retired) to review the effective utilisation of the Armed Forces Headquarters Civil Services (AFHQ CS) cadre. Two other members of the committee are R. Chandrashekhar, a retired AFHQ cadre officer, and AN Das from the MoD finance wing. The committee will enable the Defence Ministry to optimise the civil as well as military administrative appointments in the service headquarters.

The 3-member committee will conduct a study and find out such appointments in Service HQs and Inter-Service Organisations (ISO) that may fall under the domains of AFHQ CS officers as recognised in the report by the committee of experts due to their longer tenures and expertise. It will also interact with various branches, directorates of service headquarters as well as ISOs for the study. The committee is expected to submit its report by November.

Life Insurance Corporation of India (LIC) has announced a special scheme to revive lapsed policies named ‘Special Revival Campaign’. This campaign is open from 10 August to 9 October during which customers can revive their individual lapsed policies. 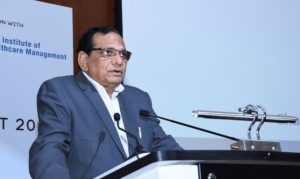 Dr V K Paul, Member Niti Aayog has chaired the meeting of National Expert Group on Vaccine Administration for COVID-19. The committee held a meeting to deliberate on measures to ensure availability of vaccines as well as its delivery mechanism. It also discussed the mechanisms for the establishment of a digital infrastructure for inventory management.

The V K Paul led committee also deliberated on delivery mechanism of the vaccine including tracking of vaccination process while focusing particularly on last mile delivery. Broad parameters guiding the selection of COVID-19 vaccine candidates, was also a key subject of discussion during the meet. Other key subjects were procurement mechanisms for COVID-19 vaccine, guiding principles for prioritization of population groups for vaccination, financial resources required for procurement of COVID-19 vaccine and various options of financing the vaccine. 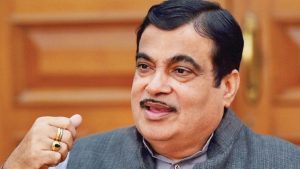 Unique employment generation program “Khadi Agarbatti Aatmanirbhar Mission” has been approved by the Union Minister for MSME, Shri Nitin Gadkari. The programme has been proposed by the Khadi and Village Industries Commission (KVIC) to make India Aatmanirbhar in Agarbatti production.

Under the scheme, Automatic Agarbatti making machines and powder mixing machines would be offered by KVIC to the artisans via the successful private Agarbatti manufacturers. KVIC will procure only locally made machines by Indian manufacturers which also seeks to encourage local production.

The “Khadi Agarbatti Aatmanirbhar Mission” seeks to generate employment for unemployed and migrant workers in different parts of the nation while increasing the domestic Agarbatti production substantially. It will be launched in PPP mode and requires very less investment. It will support private Agarbatti manufacturers to increase Agarbatti production without any capital investment by them. KVIC will offer 25% subsidy on the cost of the machines and will recover the remaining 75% of the cost from the artisans in the form of easy monthly installments.