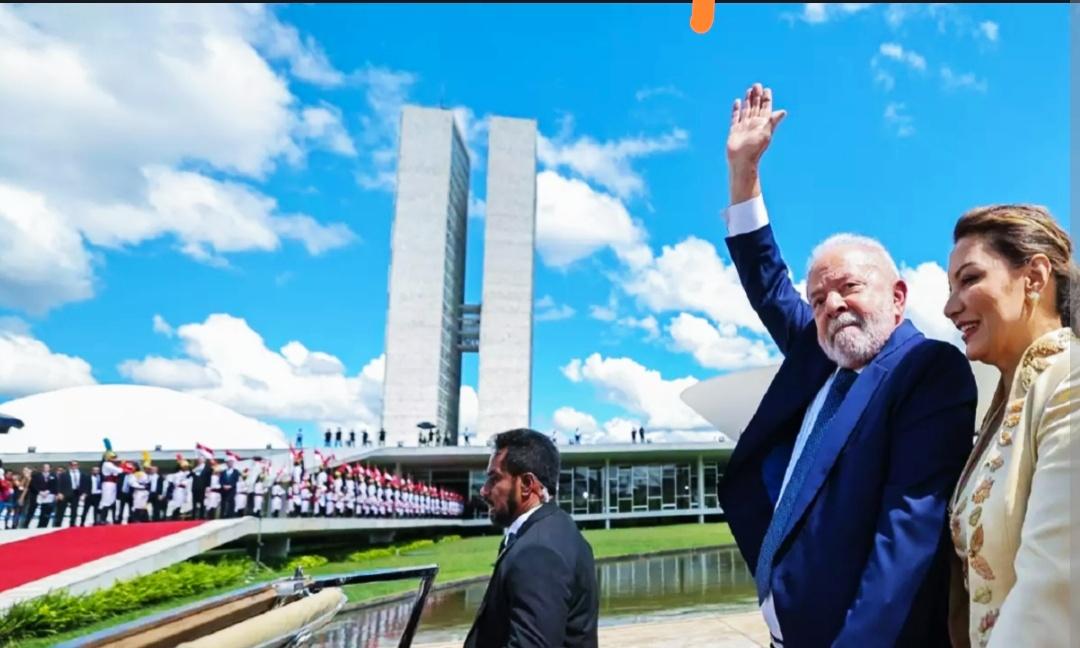 Luiz Inacio Lula da Silva took office for a third term as Brazil’s president, vowing to fight for the poor and the environment and “rebuild the country” after far-right leader Jair Bolsonaro’s divisive administration. The 77-year-old veteran leftist, who previously led Brazil from 2003 to 2010, took the oath of office before Congress, capping a remarkable political comeback for the metalworker-turned-president less than five years after he was jailed on controversial, since-quashed corruption charges.

It is the first time since the end of Brazil’s 1965-1985 military dictatorship that an incoming leader has not received the yellow-and-green presidential sash from his predecessor. Foreign dignitaries including 19 heads of state were in attendance as Lula, who previously led Brazil through a watershed boom, took the oath of office for a new four-year term.

Lula faces numerous urgent challenges in the Latin American giant, which looks little like the commodities-fueled dynamo he led in the 2000s. They include rebooting economic growth, curbing rampant destruction of the Amazon rainforest and delivering on his ambitious agenda to fight poverty and inequality.

Lula will face a Congress dominated by Bolsonaro’s conservative allies. In a sign of how polarized the country remains, far-right hardliners have been protesting outside army bases ever since Lula’s narrow runoff win on October 30, calling for a military intervention to keep him from taking power.