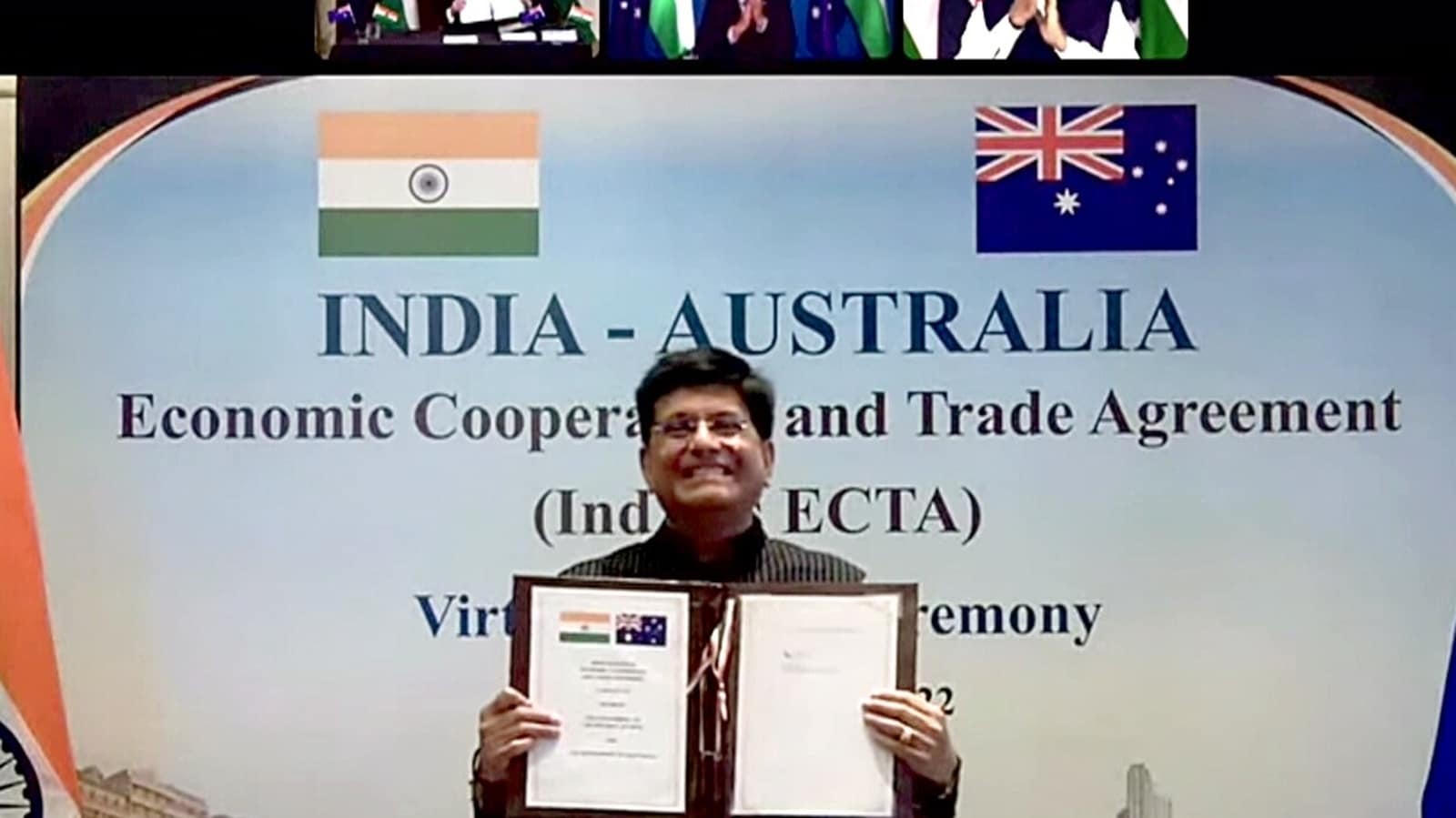 Australia’s Parliament passed bilateral free trade agreements with India and Britain, leaving those partner nations to bring the deals into force. The bills easily passed by the House of Representatives and the Senate made them law.

The deals need to be ratified by the respective British and Indian parliaments before they take effect. Neither nation has yet done that. The deals are crucial for Australia to diversify its exports from the troubled Chinese market to India and to Britain’s need to forge new bilateral trade relations since it left the European Union.

Trade Minister Don Farrell said India had demonstrated its commitment to the bilateral economic partnership through the quality of the deal struck.

“Closer economic ties with India are a critical component of the government’s trade diversification strategy,” Farrell said. Farrell said the British deal was “crucial to boosting our growth.”

Prime Minister Anthony Albanese discussed the deals with Indian Prime Minister Narendra Modi and British Prime Minister Rishi Sunak on the sidelines of the Group of 20 summit in Indonesia. Albanese said he would visit India in March to advance the deal that was signed in April.

The India-Australia FTA was signed in April this year, and was the trade pact that New Delhi had singed with a developed country after over a decade.

The agreement encompasses cooperation across the entire gamut of bilateral economic and commercial relations between the two friendly countries, and covers areas like Trade in Goods, Rules of Origin, Trade in Services, Technical Barriers to Trade (TBT), Sanitary and Phytosanitary (SPS) measures, Dispute Settlement, Movement of Natural Persons, Telecom, Customs Procedures, Pharmaceutical products, and Cooperation in other Areas.

India will benefit from preferential market access provided by Australia on 100 per cent of its tariff lines. This includes all the labour-intensive sectors of export interest to India such as Gems and Jewellery, Textiles, leather, footwear, furniture, food, and agricultural products, engineering products, medical devices, and Automobiles. On the other hand, India will be offering preferential access to Australia on over 70 per cent of its tariff lines, including lines of export interest to Australia which are primarily raw materials and intermediaries such as coal, mineral ores and wines etc.