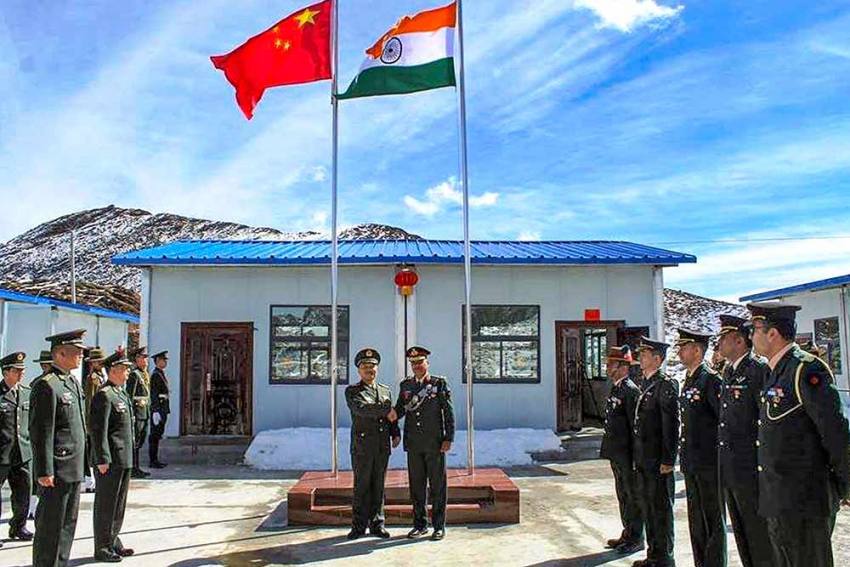 Indian and Chinese troops have begun disengaging at Patrolling Pillar (15) in the Gogra-Hotspring region of Eastern Ladakh, the government said. Forces of the two countries have been locked in a confrontational position in the area since April 2020. “On 8th September 2022, according to the consensus reached in the 16th round of India China Corps Commander Level Meeting, the Indian and Chinese troops in the area of Gogra-Hotsprings (PP-15) have begun to disengage in a coordinated and planned way, which is conducive to the peace and tranquility in the border areas,” a ‘Joint Statement’ issued by the Ministry of Defence said.

The 16th Corps Commander Level talks were held on July 17 this year at the Chushul-Moldo border meeting point on the Indian side. With disengagement at PP 15, forces of the two countries have disengaged at all friction points in the region which included the North and South banks of the Pangong Tso, PP 14, PP 15 and PP 17A. However, other contentious issues related to the boundary still remain between the two countries and Chinese forces have still blocked access to traditional patrolling areas of Indian forces on the Line of Actual Control (LAC) in the Depsang Plains and Charding Nala regions. The last disengagement between the forces of the two countries had been achieved at PP 17 A in August last year following the 12th Corp Commander Level meeting. Since then, no breakthrough could be achieved through the three corps commander level talks that happened before an agreement was reached during the 16th talks.

In April this year, around the time that Chinese Foreign Minister Wang Yi visited India, the eastern neighbour also sent a proposal to India about disengagement of troops from Patrolling Point 15 in the Hot Spring Area. The proposal, however, was rejected by India after due consideration. According to government sources, China had proposed that Indian troops, who are in an eyeball-to-eyeball confrontation with the Chinese troops at PP 15 for the past almost two years, move back to their Karam Singh post between PP 16 and PP 17. On its part, China had proposed it would withdraw its troops just behind the Line of Actual Control (LAC) as claimed by India in that region. This was not acceptable to India as under this proposal, while Chinese troops would move back just behind PP 15, Indian troops would have to leave even PP 16 which is not even in contention.

“Multiple rounds of negotiations have taken place at various levels since then and a mutually agreeable formula of disengagement has been reached,” a government source said without revealing further details. A ‘joint press release’ issued by the Ministry of External Affairs after the 16th Corps Commander level talks had said, “Building on the progress made at the last meeting on 11 March 2022, the two sides continued discussions for the resolution of the relevant issues along the LAC in the Western Sector in a constructive and forward looking manner.

They had a frank and in-depth exchange of views in this regard, in keeping with the guidance provided by the State Leaders to work for the resolution of the remaining issues at the earliest. The two sides reaffirmed that the resolution of remaining issues would help in restoration of peace and tranquility along the LAC in the Western Sector and enable progress in bilateral relations.” The 15th round of Corps Commander-level discussions between India and China on the standoff in eastern Ladakh were held on March 12. The meeting did not achieve any resolution to the stalemate.