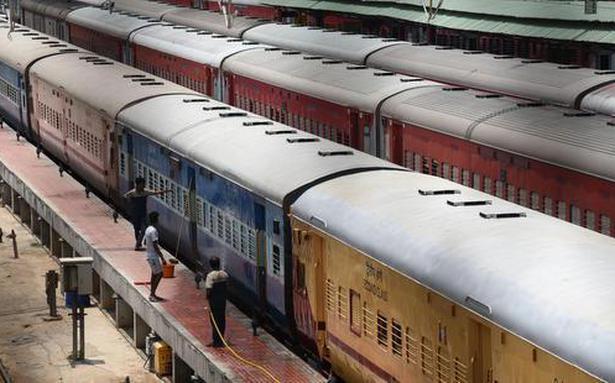 The 300 terminals planned by the Union Cabinet are expected to generate employment for 30,000 people directly and 90,000 indirect jobs. The official said, “We will start getting incremental freight revenues as the terminals are developed. Once all 300 are completed, Railways will get additional revenues of at least ₹30,000 crore. This estimate is very conservative.” The approved policy will help provide land leases for a longer period of up to 35 years as against five years at present. It is expected to generate about 1.25 lakh jobs.

Union minister Ashwini Vaishnaw talking about the achievements of ‘Gati Shakti Multi-Modal Cargo Terminal (GCT)’ which was launched in December last year, said that the ministry has got a very good response while briefing reporters on the Cabinet decisions. Vaishnav added, “The target of 300 terminals is a very achievable target. We already have 150 firm proposals, about 93 applications have been received to build terminals and about 65 entities have expressed their interest.” He also said that the policy will remain the same for existing terminal holders, including PSUs such as CONCUR, Food Corporation of India, Coal India Ltd and Steel Authority of India.

The minister said that the Railways will play an important role to make India a more competitive market, he added that, “once the lease ends, the existing players will have the option to switch to the new policy via the bidding process.” He also said that after decades of losing market share in logistics, last year Railways began to gain market share and once the 300 terminals are made, the Railways will get more cargo. Distinguishing between the overhead costs involved in roadways and railways Vaishnav pointed out, “Hypothetically, if an economy is served only by roads, its logistics cost is 17-18% of GDP and if it is served 100% by railways the logistics cost is 6-7%. So the difference is huge.”  Noting the benefits railways can provide in cargo, he said, “The railway is highly economical. If we want to reduce the logistics cost of the country, we need to move cargo away from roads and to railways. In India this cost is about 13-14% of GDP presently“.