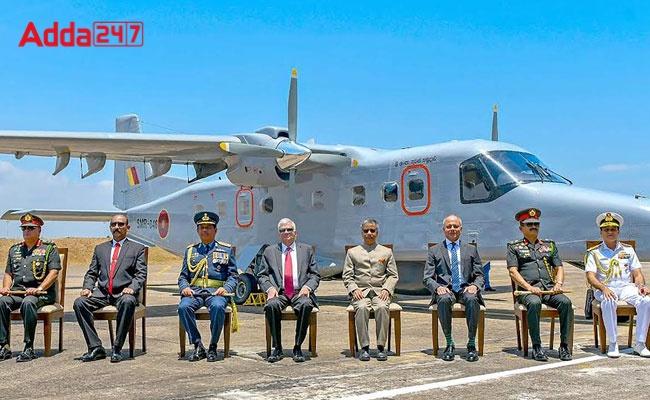 India on August 15 gifted a Dornier maritime reconnaissance aircraft to Sri Lanka which will enable the island nation to tackle multiple challenges like human and drug trafficking, smuggling and other organised forms of crime in its coastal waters more effectively. Sri Lankan President Ranil Wickremesinghe was present at the impressive handover ceremony which took place on a day when India celebrated its 76th Independence Day and a day before a high-tech Chinese missile and satellite tracking ship docks at the island nation’s strategic Hambantota port.

Vice Chief of Indian Navy Vice Admiral S.N. Ghormade, who is on a two-day visit to the country, accompanied by Indian High Commissioner in Colombo Gopal Baglay, handed over the aircraft to the Sri Lanka Navy at the Sri Lanka Air Force base in Katunayake, adjoining the Colombo international airport.

Benefits Of The Aircraft:

The aircraft would act as a force multiplier, enabling Sri Lanka to tackle multiple challenges such as human and drug trafficking, smuggling and other organised forms of crime in its coastal waters more effectively, the Ministry of External Affairs said.