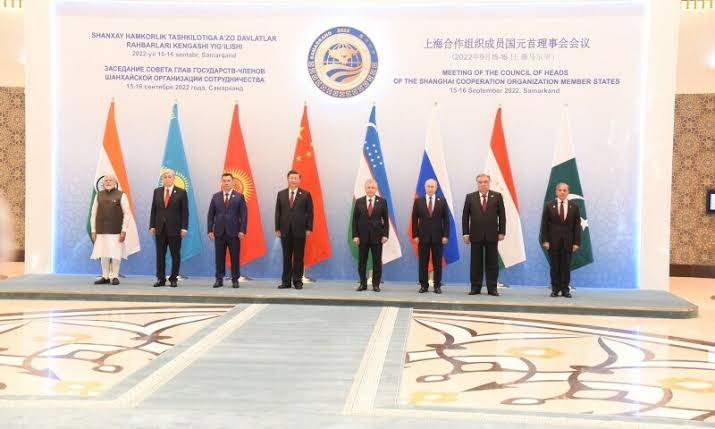 India has launched the official website of the Shanghai Cooperation Organisation (SCO) as it will host the next SCO summit as a chairman of organisation in 2023. The website highlights the events that will be undertaken under the chairmanship of India next year.

Theme Of The Event:

The theme of the event is “For a SECURE SCO”. Prime Minister Narendra Modi had floated the concept of SECURE at the Shanghai Cooperation Organisation (SCO) summit in China in 2018. Explaining the SECURE concept, the Prime Minister said ‘S’ for security for citizens, ‘E’ for economic development, ‘C’ for connectivity in the region, ‘U’ for unity, ‘R’ for respect of sovereignty and integrity, and ‘E for environment protection.

About The SCO Presidency:

India received the SCO rotating presidency in Samarkand, Uzbekistan. India will hold the presidency of the grouping for a year until September 2023.

Russian President Vladimir Putin extended his good wishes to India for hosting the 23rd edition of the summit next year. Apart from Putin, Chinese President Xi Jinping also congratulated India on assuming the presidency of the Shanghai Cooperation Organisation (SCO) for 2023. “We will support India for its presidency next year,” Jinping stated at SCO Summit in Uzbekistan. Notably, India will take over the rotating annual chairmanship of the SCO, which is now held by Uzbekistan.

Until September 2023, India would be the President of the SCO. This rotational presidency is significant for India for three major reasons.