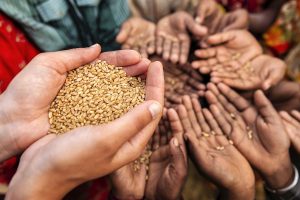 India ranked 94 among 107 nations in the Global Hunger Index 2020. With a score of 27.2, India has been placed in the “serious” category in the GHI scale. Although there is an improvement in a score as compared to 38.9 in 2000, 37.5 in 2006, and 29.3 in 2012 but still it represent a serious level of hunger. Last year, India’s rank was 102 out of 117 countries. According to the report, 14 per cent of India’s population is undernourished. It also showed the country recorded a 37.4 per cent stunting rate among children under five and a wasting rate of 17.3 per cent. The under-five mortality rate stood at 3.7 per cent.

For the 2020 GHI report, data were assessed for 132 countries. Out of these, there were sufficient data to calculate 2020 GHI scores for and rank 107 countries (by way of comparison, data availability allowed for the ranking of 117 countries in the 2019 report). For 25 countries, individual scores could not be calculated and ranks could not be determined owing to lack of data.

The GHI is a tool designed to measure and track hunger at the global, regional, and national levels to make a reasonable assessment. Data from the United Nations (UN) and other multilateral agencies are used for the calculation GHI on the basis of 4 Indicators which are: