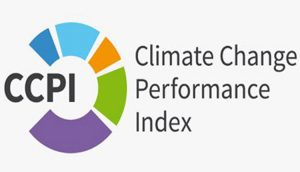 India is ranked at 10th place in the ‘Climate Change Performance Index (CCPI) 2021’, released on 7th December 2020. The overall score of India is 63.98. It is for the second time in a row that India emerged among the top 10 countries with higher climate performance from among 58 economies. India was at 9th spot last year in the index.

Like CCPI 2020, the first three places in 2021 ranking also remains unoccupied, since none of the countries is on the path compatible with the Paris climate targets, to implement strategies to limit global warming below 2 or even 1.5°C. Sweden (4th) United Kingdom (5th), Denmark (6th), Morocco (7th), Norway (8th), Chile (9th) were among the top 10 rankers in the index. It was also noted that, from the G20 countries, only the EU as a whole, along with the UK and India, ranked among high performers.