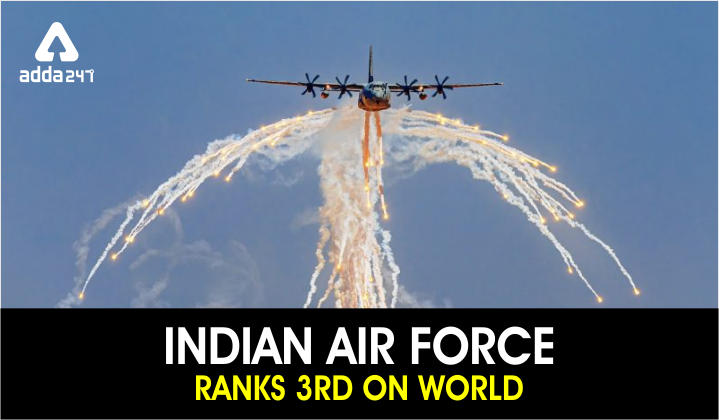 The Indian Air Force (IAF) ranks third on World Air Power Index in terms of Fighting strength of different air force services of different countries. In 2022, the world directory of modern military Aircraft (WDMMA) published the Global Air Power Rankings. In this report, the Indian Air Force is placed in third place, above the Chinese Air force, or People’s Libertarian Army Air Force(PLAAF), the French Air and Space Power, and the Israeli Aviation Based Armed Forces.

The Indian Air Force was established on 8th October 1932. On 1st April 1933, the first ac flight came into being with six RAF-Trained officers and 19 Havai Sepoys (air-soldiers). Some of the major operations executed by IAF are operation Vijay, Operation Meghdoot, operation cactus, and operation Poomalai. IAF has been involved in four major wars with Pakistan since 1950. The Mission of the IAF is defined under the Armed Forces act of 1947, the constitution of India, and The Air Force act of 1950.

The president of India holds the rank of Supreme Commander of IAF, in India, and President Ram Nath Kovind holds the rank of Supreme Commander. Indian Air Force, take the responsibility to safeguard Indian Airspace. It provides India, with rapid response evacuation, search and rescue (SAR) operations, and supply of relief in affected areas via cargo aircraft, with highly trained pilots and crews. Some relief operations executed by IAF are during natural calamities such as The Gujarat Cyclone, 1998, 2004 Tsunami, floods in North India in 2013, and Operation Rainbow in Sri Lanka.

World Directory of Modern Military Aircraft or WDMMA, tracks around 98 countries with 124 air services and a total of 47,840 aircraft. It ranks various modern military services all around the world and it ranks the air services based on various parameters and reports about their current Strength and limitations. WDMMA works on the report to give the citizens a complete framework on how warfare in their country is working and how these air forces are controlling and protecting them from the skies. WDMMA uses the ‘TrueValueRating’ formula or TVR formula, which helps them to separate the air forces based on overall strength and some important elements like modernization, assault, guard abilities, calculating help, and some other factors. The WDMMA, analysis the air force of a country, not only by the number of aircraft but also by their quality and strength. Of all the countries, the United States Air Force (USAF), ranks number one in the whole world, with a TVR score of 242.9. The second position is held by Russia with a TVR score of 114.2 and the third position is held by Indian Air Force with a TVR score of 69.4. According to the WDMMA report, India has 1,645 active aircraft.

1. What is the rank of IAF in the world?
Ans. Indian Air Force has ranked third in the world according to the reports of WDMMA.