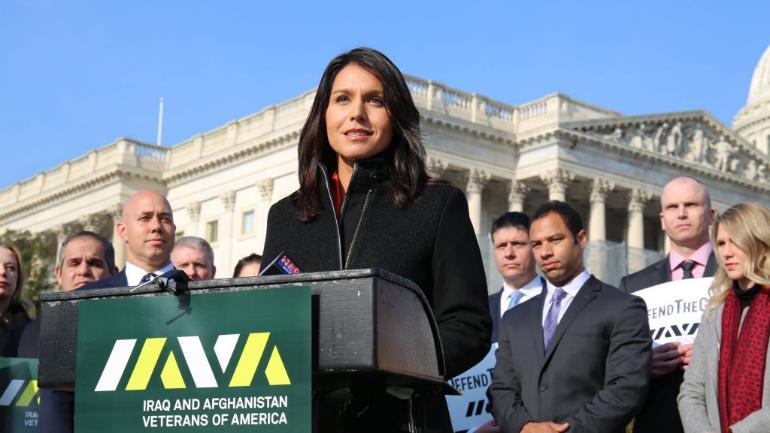 Former US Presidential candidate Tulsi Gabbard – who was the first Hindu-American to run for the White House in 2020 announced her exit from the Democratic Party ahead of next month’s midterm elections. Gabbard blamed the party for “racializing every issue in the nation” and denouncing it as the “elitist cabal of warmongers.” The former US Congresswoman was a member of the party for the last 20 years.

“I can no longer remain in today’s Democratic Party that is now under the complete control of an elitist cabal of warmongers driven by cowardly wokeness, who divide us by racializing every issue and stoke anti-white racism,” Gabbard said. She went on to note that: “The Democrats of today divide us by racializing every issue, stoking anti-white racism, and are actively working to undermine our God-given freedoms enshrined in our Constitution. The Democrats of today are hostile to people of faith and spirituality. They demonise the police and protect criminals at the expense of law-abiding Americans. The Democrats of today believe in open borders and weaponize the national security state to go after political opponents. Above all else, the Democrats of today are dragging us ever closer to nuclear war”.

The former US Presidential candidate hit out at the democratic party for being “of, by and for the powerful elite” and not “of, by and for the people”. “I believe in a government that is of, by, and for the people. Unfortunately, today’s Democratic Party does not. Instead, it stands for a government of, by, and for the powerful elite,” she said. Gabbard further called out on her fellow independent-minded Democrats to join her in leaving the party. “If you can no longer stomach the direction that so-called woke Democratic Party ideologues are taking our country, I invite you to join me,” she said.

Tulsi Gabbard was the first-ever Hindu American to be elected to the US House of Representatives in 2013 from Hawaii and was subsequently elected for four consecutive terms. She was also the first Hindu lawmaker in the US Congress to run for the presidential post in 2020.

Known for being a fierce critic of US President Joe Biden, she has slammed him for “pouring fuel on the flames” of the division in the country. Gabbard has also served in a field medical unit of the Hawaii Army National Guard in a combat zone in Iraq from 2004 to 2005. She was then deployed to Kuwait from 2008 to 2009.