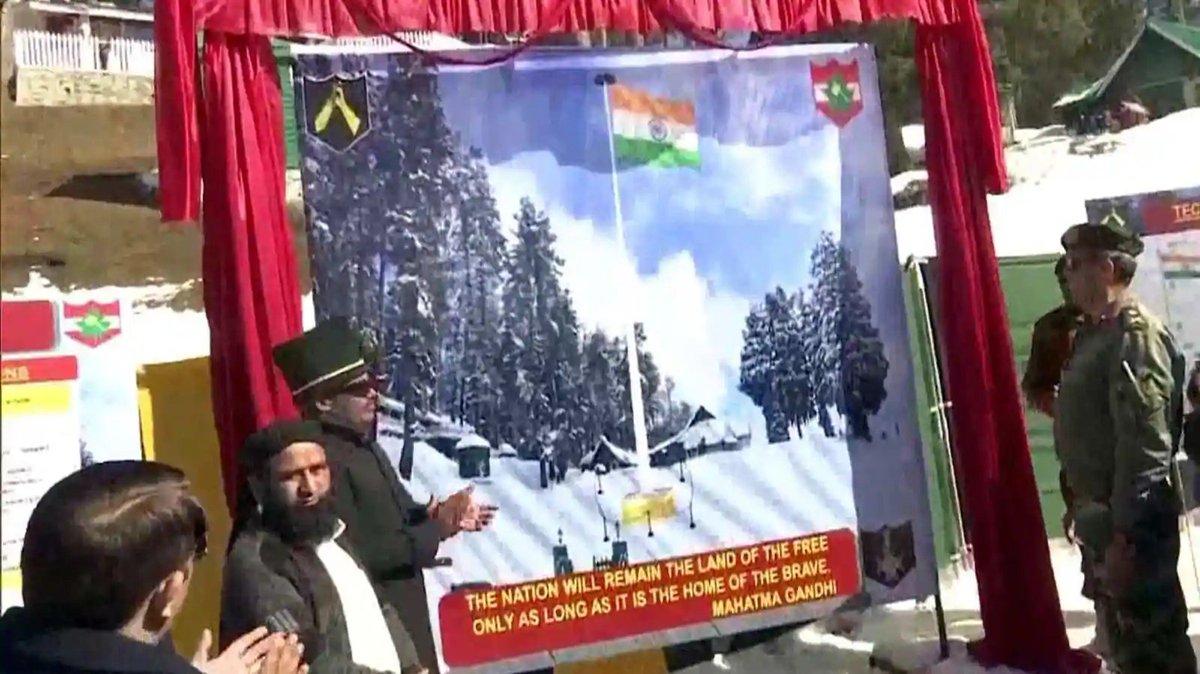 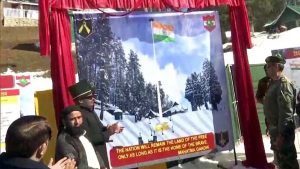 The foundation stone for the iconic national flag was laid by Dagger Division General Officer Commanding (GoC) Major General Virendra Vats along with Bollywood actor-producer Arbaaz Khan and actress Vidya Balan. This iconic Indian national flag will be a first in many ways. The site is expected to become another tourist attraction, among the snow-clad mountains of Kashmir.