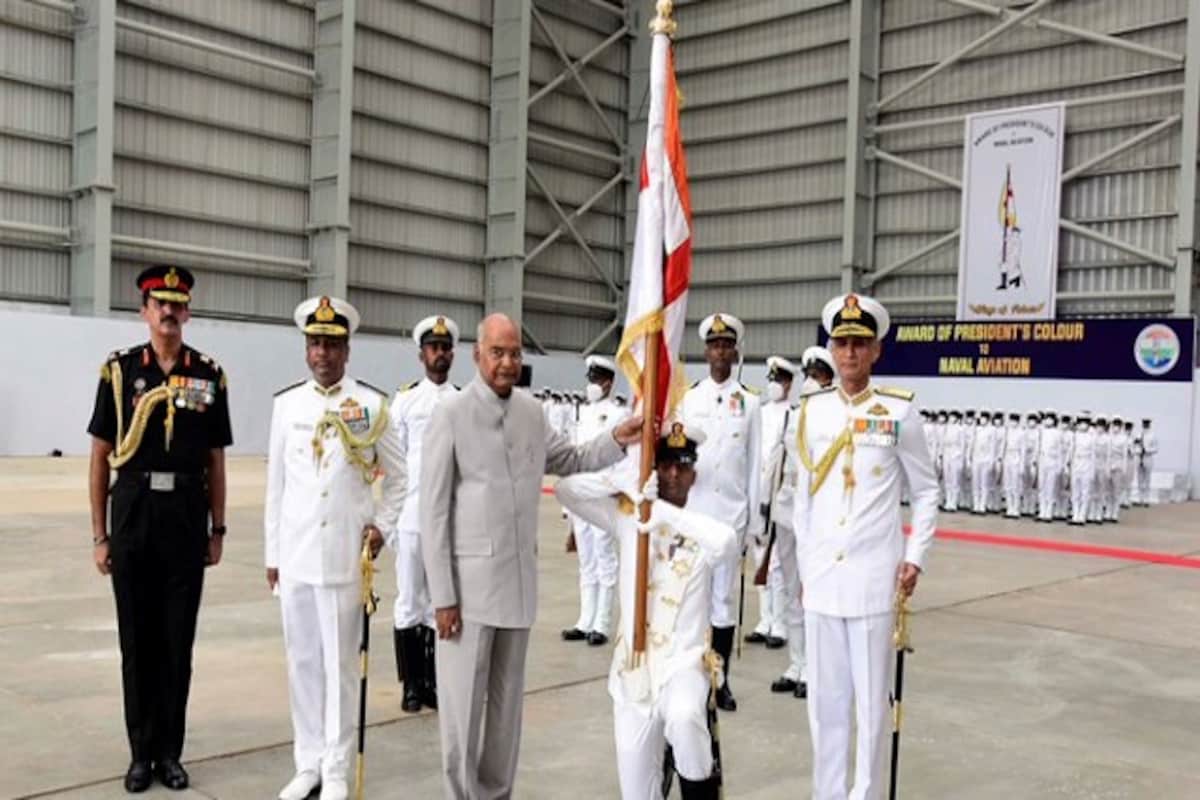 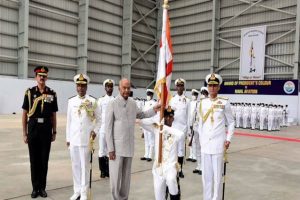 President Ram Nath Kovind has awarded the President’s Colour to the Indian Naval Aviation at a ceremonial parade held at the INS Hansa base near Panjim in Goa. The president was given the guard of honour by the Indian Navy on the occasion. The President’s Colour is the highest honour bestowed on a military unit in recognition of its exceptional service to the nation.