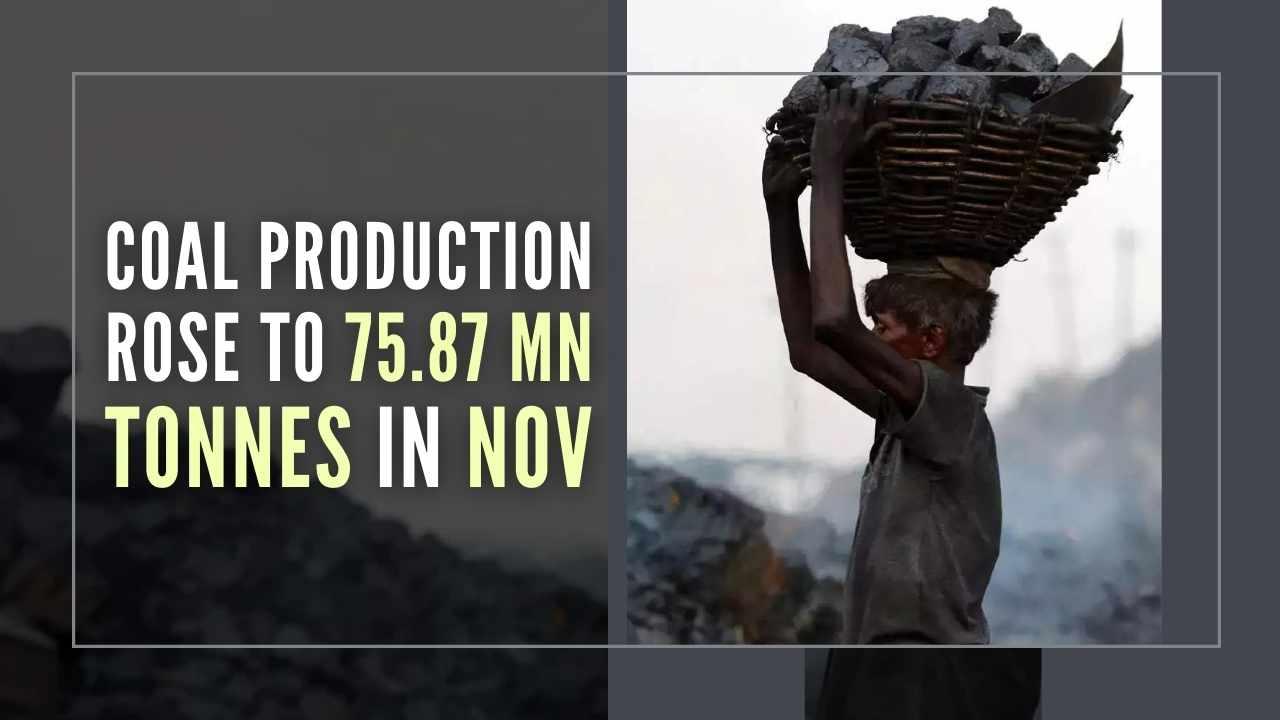 India’s total coal production went up by 11.66 per cent to 75.87 million tonnes in November 2022 from 67.94 million tonnes recorded during the corresponding period of last year.

What More The Data Says:

Out of the top 37 mines in coal production as many as 24 mines produced more than 100 per cent and production of five mines stood between 80 and 100 per cent in terms of output. The power utilities dispatch also increased by 3.55 per cent to 62.34 million tonnes during November as compared to 60.20 million tonnes in the corresponding period of last year.

About The Power Generation:

Union Minister of State for Coal Raosaheb Danve Patil said that India is planning to increase its annual coal production to 1.5 billion tonnes by 2030 to meet its increasing fuel demand.

“Our total dispatch in 2013-14 was 572 million tons, last year it was 817 million tonnes, this year it will be 900 million tonnes. Despite this, domestic production will not be able to fulfil full coal demand,” the minister said.

As the country is aiming to become self-reliant in the coal sector, deliberations are in progress on how the country can perform sustainable coal mining, said the Coal Minister.