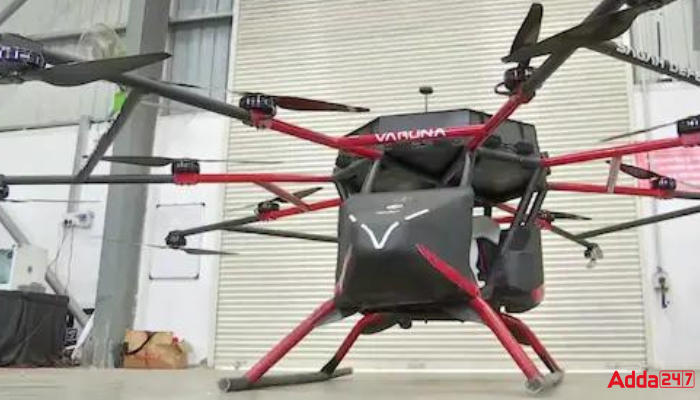 The Indian Navy will induct India’s first human-carrying drone named ‘Varuna’ developed by startup firm Sagar Defence Engineering Private Limited in Pune. The drone ‘Varuna’ can be operated and achieve a significant height and move from one place to another with the help of one passenger seated inside.