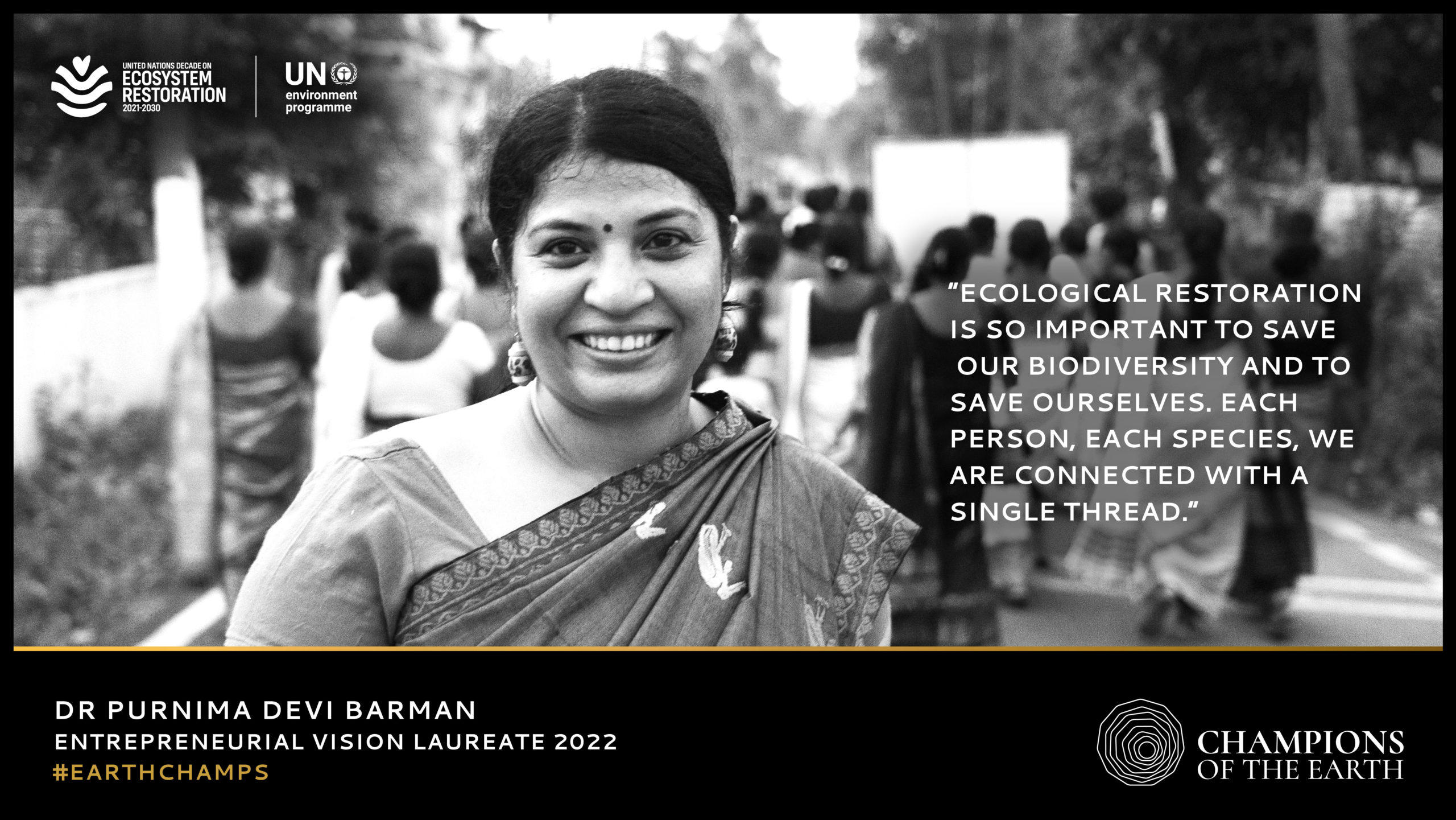 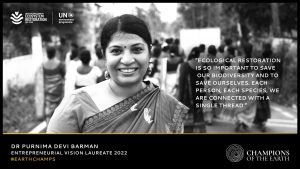 India’s Purnima Devi Barman, an Assam-based wildlife biologist, is one of the five ‘Champions of the Earth’ for this year, the United Nations Environment Programme (UNEP) announced. The annual awards are the highest environmental honour that the UNEP confers on individuals and organisations whose actions have a “transformative impact” on the environment. She has been honoured in the Entrepreneurial Vision category.

About the Purnima Devi Barman:

About the Champions of the Earth award:

UNEP said that since its inception in 2005, the annual Champions of the Earth award has been awarded to trailblazers at the forefront of efforts to protect our natural world. It is the UN’s highest environmental honour. To date, the award has recognised 111 laureates: 26 world leaders, 69 individuals and 16 organisations. This year a record 2,200 nominations from around the world were received.