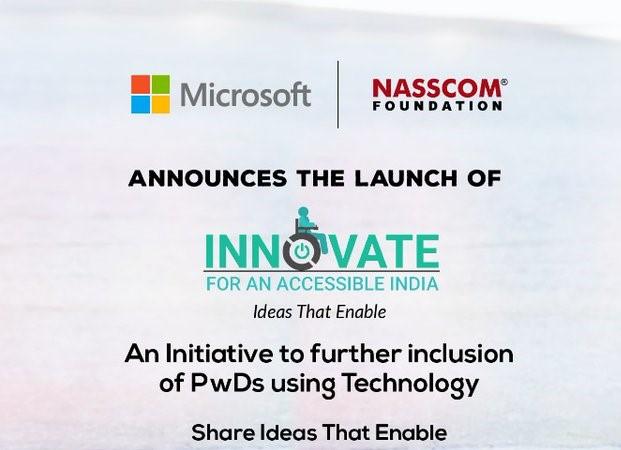 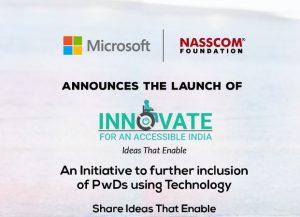 About “Innovate for Accessible India” campaign:

“Innovate for Accessible India” campaign has been launched jointly by Microsoft India and NASSCOM Foundation in partnership with Department of Empowerment of Persons with Disabilities, National Research and Education Network, and Department of Science and Technology. The campaign will act as an aggregator of workable technology solutions developed using Microsoft cloud, artificial intelligence and other technologies. These solutions will address the gaps experienced by people with disabilities across the 21 officially recognised disabilities such as in acquiring services and support in education, skill building, employment, mobility, rehabilitation and other government services.

The campaign will feature the participation of students, citizens and social impact organisations. Top 10 best solutions developed in the campaign will be provided mentoring support by Microsoft and NASSCOM Foundation, along with grants to develop and scale their solution.