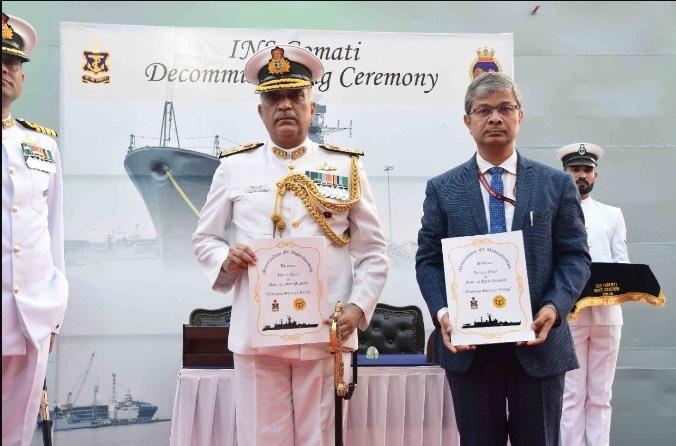 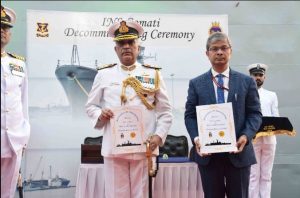 INS Gomati was decommissioned at the Naval Dockyard under the command of Captain Sudip Malik. INS Gomati derives her name from the vibrant river Gomti and was commissioned on 16 April 1988 by then Defence Minister, KC Pant, at Mazgaon Dock Ltd, Bombay. The third ship of the Godavari class guided-missile frigates, INS Gomati was also the oldest warrior of the western fleet when decommissioned.

INS Gomati participated in numerous operations including Cactus, Parakram and Rainbow, and several bilateral and multinational naval exercises. IMS Gomati was twice awarded the coveted Unit Citation, in 2007-08 and again in 2019-20, for remarkable spirit and stellar contribution to national maritime security.

The ship’s legacy will be kept alive in an open-air museum being set up on the picturesque banks of the eponymous river Gomti in Lucknow where several of her combat systems will be displayed as military and war relics.