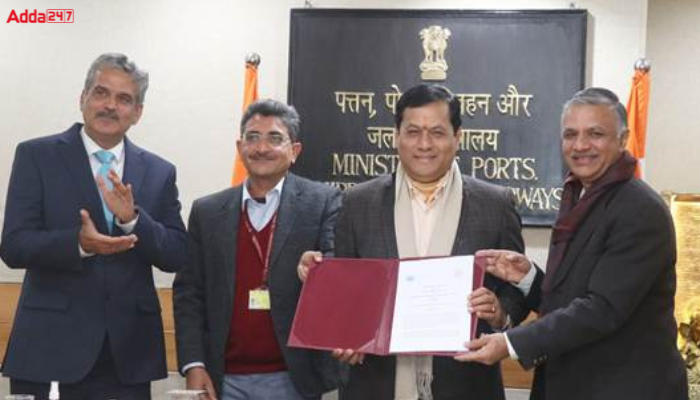 The Indian Ports Association (IPA) and Research & Information System for Developing Countries (RIS) signed a Memorandum of Agreement for setting up a Centre for Maritime Economy and Connectivity in the presence of the Minister for Ports, Shipping & Waterways and Ayush Shri Sarbananda Sonowal. During the function, various other dignitaries were also present including senior officials from MoPSW, RIS, and IPA.