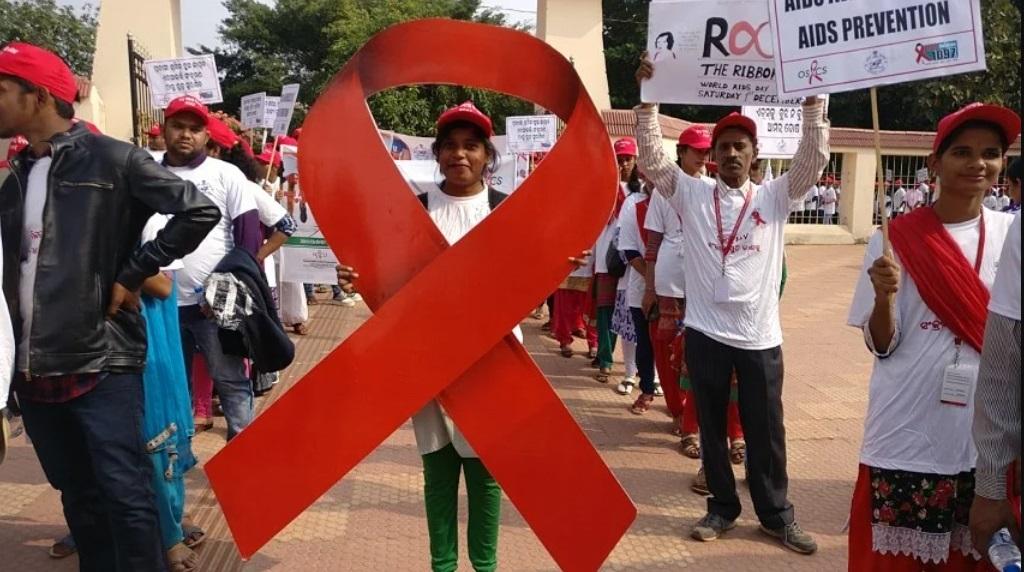 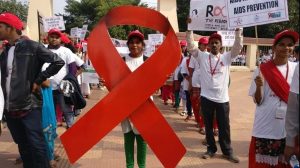 Odisha State AIDS Control Society organised an awareness program on HIV AIDS in coordination with the Department of Sports and Youth Services and Hockey India under the leadership of National AIDS Control Organization (NACO), on 19th January 2023. The spectators in the gallery included 4,800 students from various schools, Red Ribbon Club members from colleges, people from community, and participants from the Mission Shakti Department. The event created the ‘Largest Human Red Ribbon Chain‘ at the East Gallery of the Kalinga Stadium in Bhubaneswar, Odisha.

Odisha continues to have a low HIV prevalence in the state with an adult prevalence of 0.14% and an estimated 52,108 people living with HIV (PLHIV). However, only half of the people living with HIV in the state are on the Anti-Retroviral Treatment (ART). To achieve the Sustainable Development Goal 3.3 of ending AIDS as a public health threat by 2030, awareness generation activities are being strengthened among the general public as well as the High Risk Groups in Odisha about the services offered under the umbrella of National AIDS Control Programme.

The chain was formed during the following two matches: –

This event created a massive impact among 25,000 plus spectators inside the stadium and millions of virtual audiences around the globe through television & Over the Top platforms.