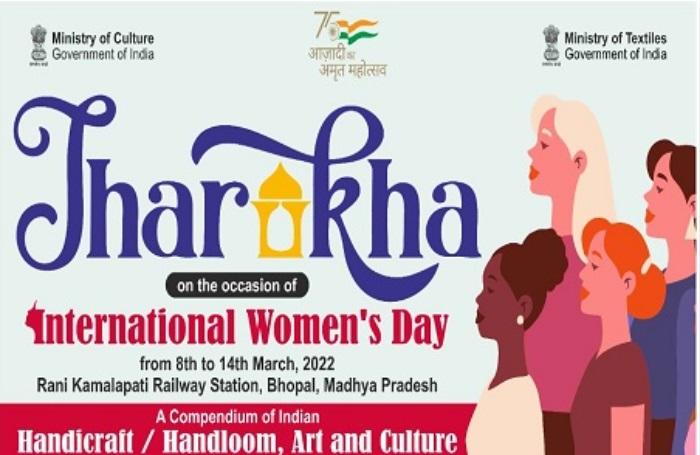 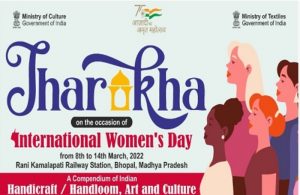 Ministry of Culture and Ministry of Textiles are organising a programme called “Jharokha-Compendium of Indian handicraft/ handloom, art and culture” to celebrate the traditional Indian handicrafts, handlooms, and art & culture. To begin with, the first event under this celebration has been organized in Bhopal, Madhya Pradesh at Rani Kamlapati Railway Station, on March 08, 2022, which also marks International Women’s Day.