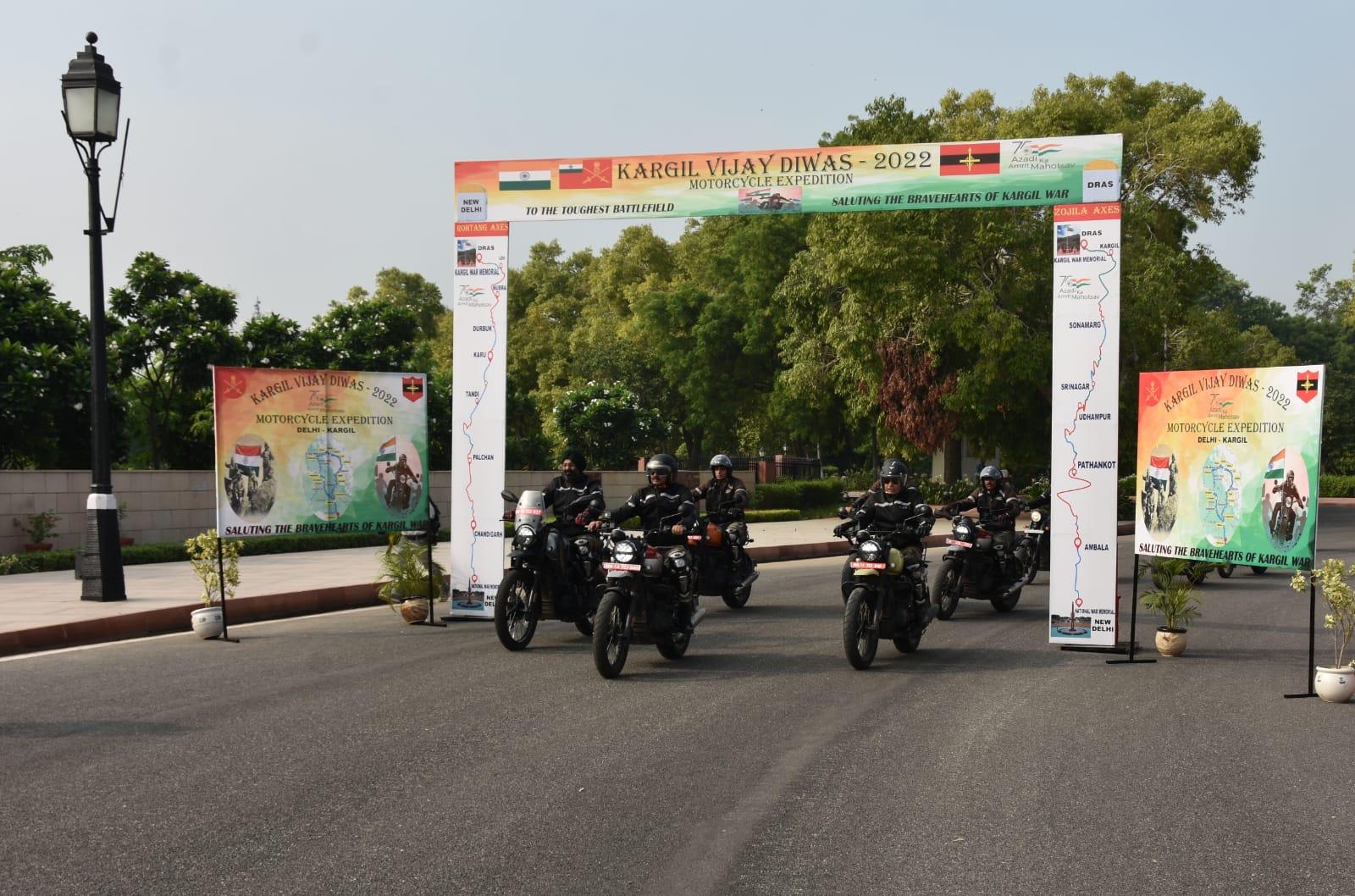 The Army Motor Bike trip from New Delhi to the Kargil War Memorial at Dras in Ladakh was launched off from Pathankot in Punjab to commemorate 23 years of triumph over Pakistan in the Kargil War of 1999 and to celebrate the spirit of Azadi Ka Amrit Mahotsav. The Zojila Pass Axis Rally team travelled through Kathua, Samba, Jammu, and Nagrota before arriving in the late afternoon in Udhampur.

On the 18th of this month, Vice Chief of Army Staff Lieutenant General B. S. Raju signalled the start of the demonstration from the National War Memorial in New Delhi. By showcasing the courage and dedication displayed by our brave warriors serving the country, the rally aims to disseminate the message of patriotism and raise the morale of the entire country.

The Kargil War, commonly referred to as the Kargil conflict, was an armed battle that took place between India and Pakistan in the Kargil district of Jammu and Kashmir as well as other locations along the Line of Control (LOC) from May to July 1999. Operation Vijay, the name of the Indian military operation to pacify the Kargil region, is another term for the conflict used in India. During the conflict, the Indian Air Force worked with Indian Army ground forces to clear Pakistani regular and irregular forces from abandoned Indian positions along the LoC. Operation Safed Sagar was the name given to this specific operation.