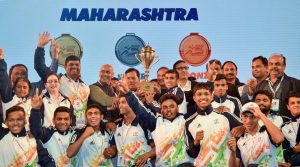 Shivangi Sharma of Assam won five gold and two silver in swimming. She was the most successful female player of the Khelo India Youth Games.

Around 6800 players from 37 states and union territories took part in these games which started on 10 January. 20 sports events were organized in these games. The winner’s received the trophy from Assam Chief Minister Sarbananda Sonowal. Vijay the Tiger and Jaya the Blackbuck were the mascots of the tournament. Sprinter Hima Das was the torchbearer of the opening ceremony of KIYG 2020