What More Is On The Cards: 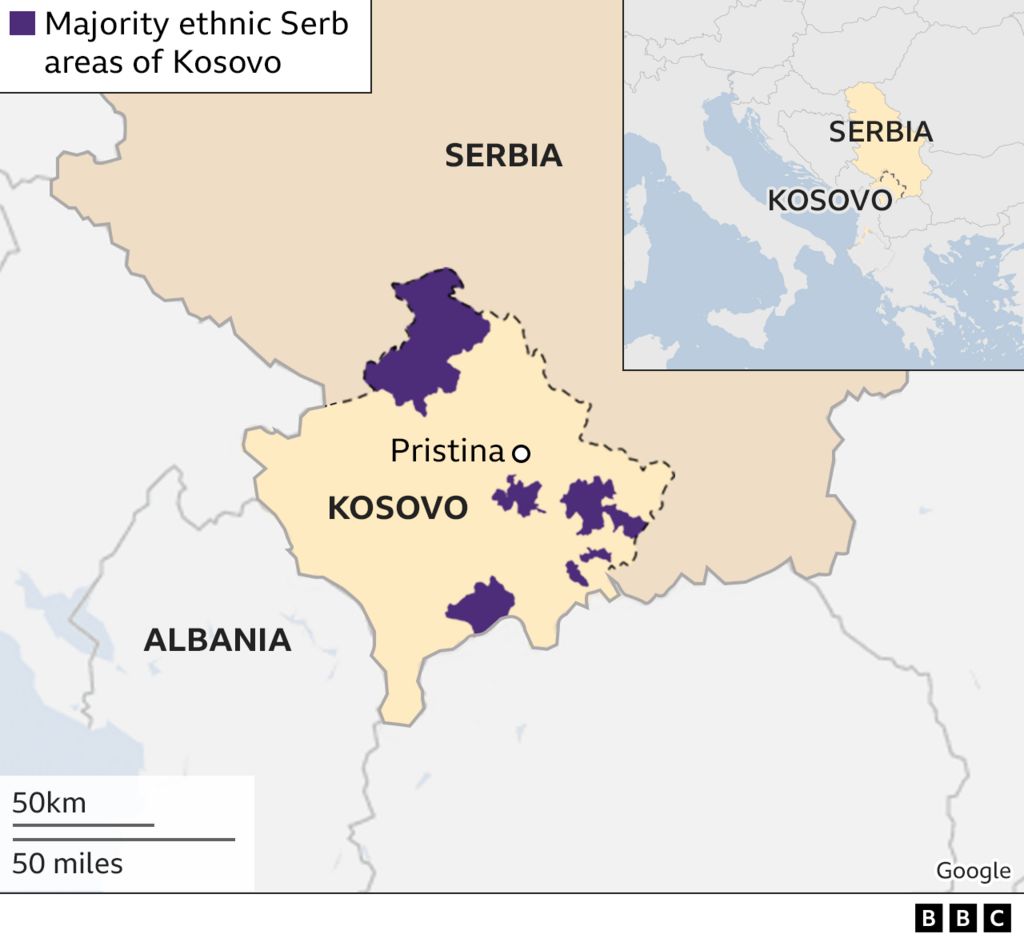 How The Tensions Escalate:

Serbia had put its army on the highest combat alert following days of escalating tensions between Belgrade and Pristina. Serbia’s defence ministry said that given the latest events in the region and Belgrade’s belief that Kosovo was preparing to attack Serbs and forcefully remove the barricades, Vucic had ordered Serbia’s army and police to be put on the highest alert.

Why are there tensions:

Kosovo won independence from Serbia in 2008, almost a decade after a guerrilla uprising against Belgrade’s repressive rule. Serbia, however, still considers Kosovo to be an integral part of its territory and rejects suggestions it is whipping up tensions and conflict within its neighbour’s borders. Albanian-majority Kosovo declared independence with the backing of the West, following a 1998-99 war in which NATO intervened to protect ethnic Albanians.

Around 50,000 ethnic Serbs living in northern Kosovo refuse to recognise the government in Pristina or the status of Kosovo as a separate country. They have the support of many Serbs in Serbia and its government.

What do the Serbs of Kosovo want:

Serbs in Kosovo want to create an association of majority-Serb municipalities that would operate with greater autonomy. Serbia and Kosovo have made little progress on this and other issues since committing in 2013 to the EU-sponsored dialogue.

What is the role of Nato, the EU and Russia:

For more than 20 years, Kosovo has been a source of tension between the West, which backed its independence, and Russia, which supports Serbia in its efforts to block Kosovo’s membership of global organisations, including the United Nations.

NATO has about 3,700 troops stationed in Kosovo to maintain the peace. The alliance said it would intervene in line with its mandate if stability in the area were jeopardized. The European Union Rule of Law Mission in Kosovo (EULEX), which arrived in 2008, still has around 200 special police officers there.

Russia, for its part, denied the Kosovo interior minister’s claims that Russia was influencing Serbia to destabilise Kosovo, saying that Serbia was defending the rights of ethnic Serbs.

India, Brazil, China, Russia, and Mexico among others have not recognised the territory. India has maintained that Kosovo’s declaration of independence contradicts UNSC Resolution 1244 which sought to establish an “interim administration for Kosovo” to solve the political crisis there at the time.