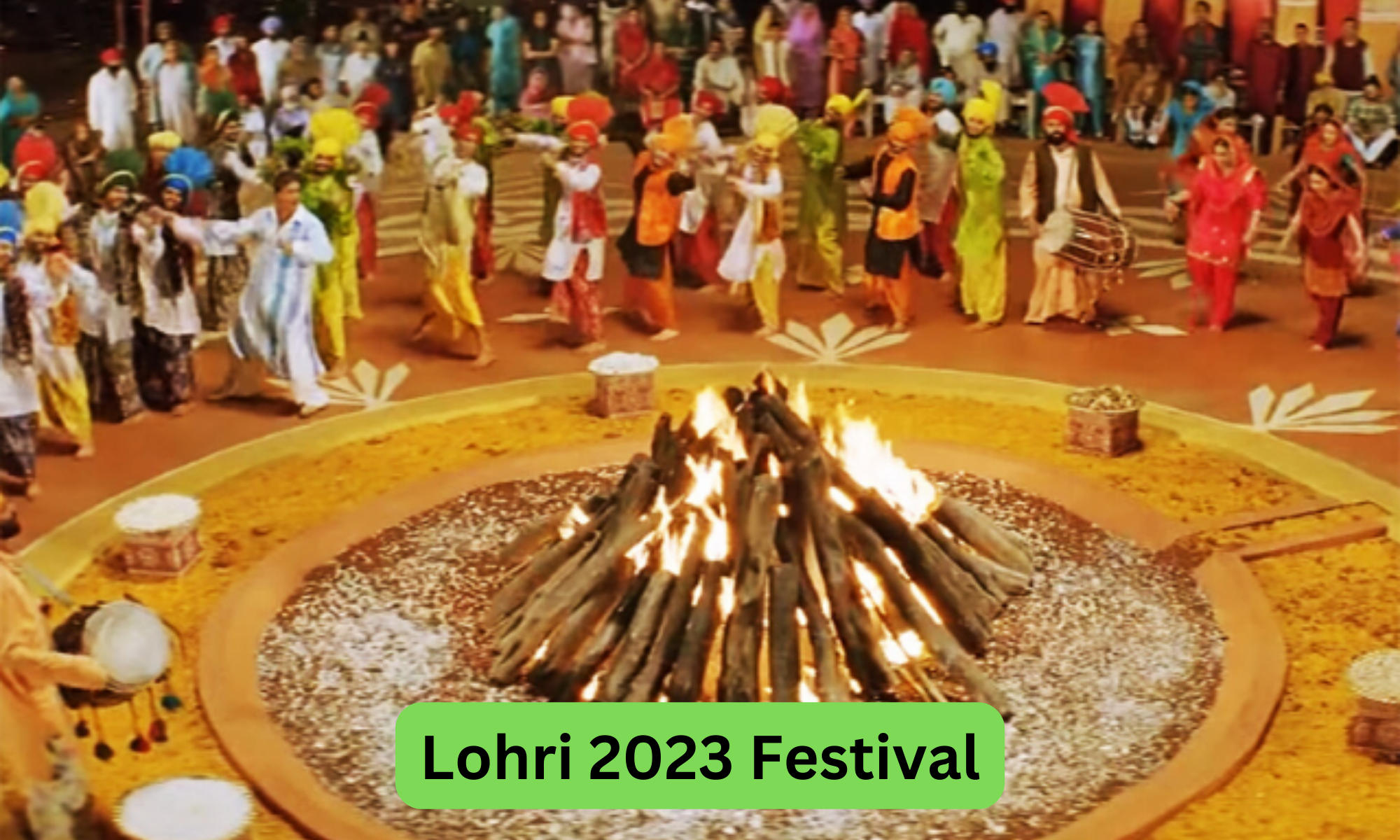 Lohri festival every year, on the 14th of January, a day before Makar Sankranti, is observed with much pomp, especially by the people of Punjab. In other regions of the nation, such as Himachal Pradesh, Haryana, and Jammu, the festival is also enthusiastically observed.

The well-known North Indian celebration of Lohri ushers in longer days and the passing of the winter solstice.

It’s that time of year when winter is at its worst and the only way to stay warm in the evenings is to spend time with your loved ones around a bonfire while engaging in enjoyable conversation.

Lohri will be observed on January 13 this year (Friday). In North India, Lohri commemorates the harvest of the rabi crop. Gajak, revdi, popcorn, puffed rice, and other traditional treats made of til (sesame seeds) are frequently found in a Lohri thaal, which is typically decorated with the recent harvest. The name lohri is thought to have come from the word loh, which describes a tawa used to make roti or chapati.

For all of the people from various places, this day is regarded as auspicious. By celebrating this event, people express respect to all farmers. On this day, Sikhs hold a fair to remember the martyrdom of Chaali Muktae (the Forty Liberated or the Immortal Ones) and to pray for them or perform Sikh Sardas.

Without good food and cuisine, the festival is regarded as being insufficient. Similar to how Lohri would be lacking without amazing food. Sarso da Saag and Makke di Roti, as well as Gud, til ki barfi or panjiri, Makhane ki kheer, til ke laddoo, Pinni, Gondh Ke laddoo, and lassi, are prepared by women on this auspicious Lohri day.

During celebrations, people dress in brand-new traditional attire. To fully enjoy this occasion, they invite their family and friends. Additionally, they give out gazak, popcorn, puffed rice, and other delicacies to everyone in attendance while people dance and listen to loud music.

The Lohri festival falls one day prior to Makar Sankranti. In 2023 it is expected on 14th January.

Why is Lohri celebrated?

What is the next festival after Lohri?

The Vikrami calendar-related holiday of Lohri is observed the day before the festival of Maghi, which is known as Makar Sankranti throughout the rest of India.

Which festival is Lohri?

North Indians observe Lohri as a popular harvest festival for farmers or as a traditional winter folk festival the night before Makar Sankranti. It honours the Winter Solstice's passage and anticipates longer days as the sun moves toward the northern hemisphere.