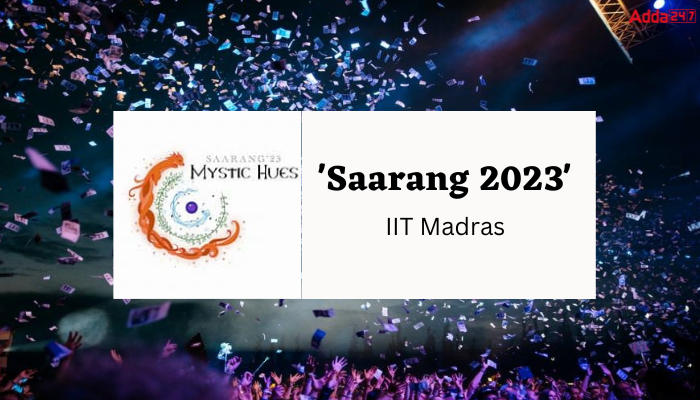 Saarang 2023: The 28th edition of Saarang, India’s largest student-run festival begins at IIT Madras on 11th January 2023. Saarang 2023 will feature more than 100 events with participation from 500 colleges across the country. The Saarang 2023 is one of the largest student-run festivals held completely in physical mode. It is expected to see over 80,000 people at the festival. The fest will be held till 15th January 2023.

Saarang is the annual social and cultural festival of IIT Madras. It is a five-day-long fest usually celebrated in the second week of January every year. Saarang is the second oldest college festival in India. It was started in the name of ‘Mardi Gras’ with a small number of quizzes and music events. It later adopted the name ‘Saarang’ which is a spotted deer in Sanskrit, which is commonly seen in the IIT Madras Campus. It is a non-profit, student-run festival. All the organizing members of the festival are current students of IIT Madras.