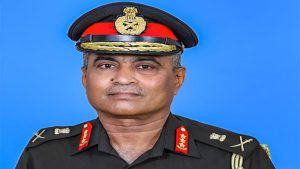 General Pande would be the successor to Lt Gen CP Mohanty who is scheduled to superannuate on January 31. General Pande was commissioned into the Corps of Engineers (The Bombay Sappers) in December 1982. He was Director-General at Army Headquarters dealing with subjects of discipline, ceremonial and welfare.