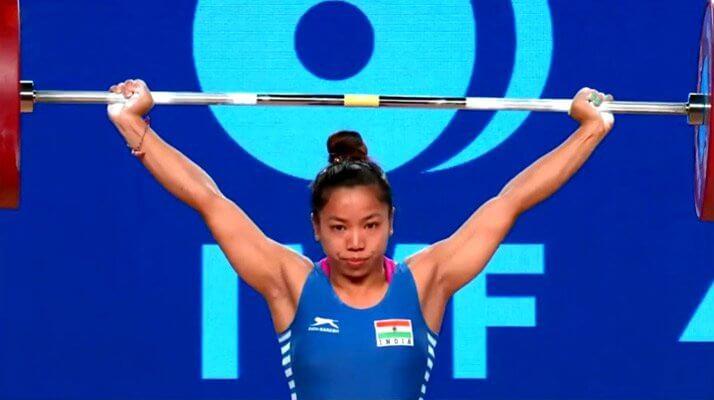 Mirabai Chanu, who started lifting firewood as a toddler, is now one of India’s most well-known weightlifters. At the Tokyo Olympics, Saikhom Mirabai Chanu, a girl from Manipur’s East Imphal district, made history by winning the silver medal in the Women’s 49kg Weightlifting event. She began competing on the international scene at a young age, earning international medals and gaining notoriety. In the women’s 49kg category at the Tokyo Olympics 2020, Mirabai Chanu was considered a favourite.

Mirabai Chanu, a native of Manipur’s capital city Imphal, is 26 years old and was born on August 8, 1994. When she was 11 years old, she earned her first gold medal in a local weightlifting competition. She went on to compete in the World and Asian Junior Championships, winning medals in both. Kunjarani Devi, an Indian weightlifter, is her idol.

In the 2016 national trials for the Rio Olympics, Chanu smashed former Indian weightlifter and her idol Kunjarani Devi’s 12-year-old record, winning her a spot on the national roster for the Rio Olympics. She failed to complete any of her three ‘clean and jerk’ attempts at the Rio Olympics and only had one successful snatch attempt. Mirabai had a DNF and did not get a medal, but she kept her positive attitude and competed again later in 2017.