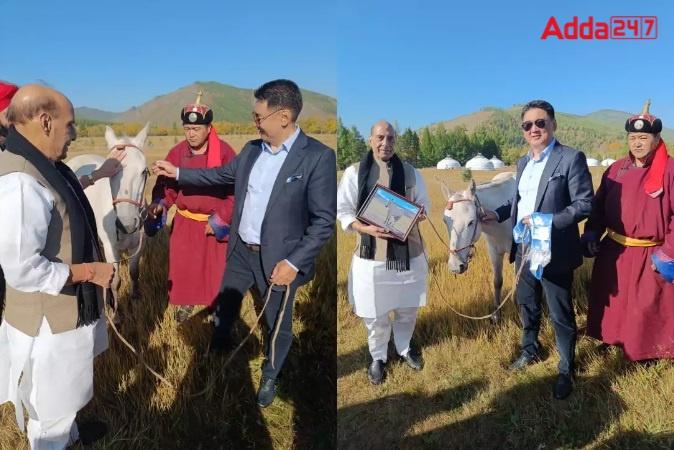 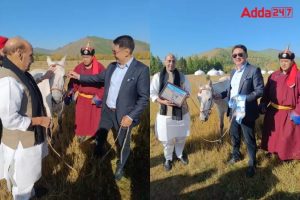 The first Indian Defence Minister to visit Mongolia, Rajnath Singh was gifted a majestic horse “Tejas” by President Ukhnaagiin Khurelsukh. Seven years after Prime Minister Narendra Modi received a similar gift from the leadership of this country. In 2015, Prime Minister Modi received a special gift a brown racehorse from his then Mongolian counterpart Chimed Saikhanbileg during his historic visit to this country. The horse was named Kanthaka’.

Defence Minister Singh is on a five-day visit to Mongolia and Japan with an aim to expand India’s strategic and defence ties with the two countries in the backdrop of evolving regional security matrix and geo-political turmoil.

The Mongolian President expressed satisfaction with the expansion of relations and cooperation with India, Mongolia’s important third neighbour while pointing out that the official visit of Prime Minister Narendra Modi to Mongolia in 2015, and the ongoing visit of the Defence Minister Singh are important impetus for further development.