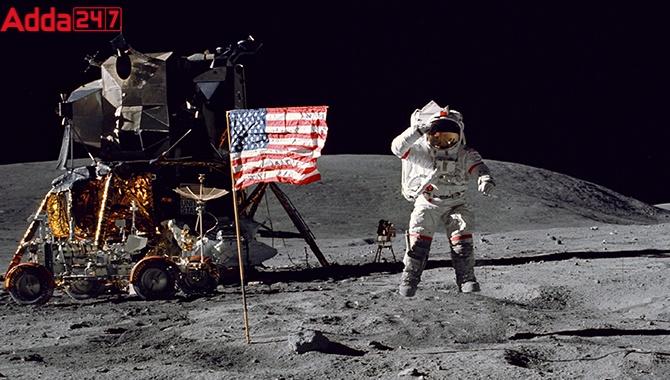 NASA’s Artemis 1 moon rocket, formerly known as Exploration Mission-1, returned to the launch pad on Tuesday night, to take a step closer to a historic lunar mission. On August 29, NASA intends to launch its brand-new Space Launch System (SLS), with the Orion spacecraft that is designed to host astronauts sitting atop the rocket. It would be a significant milestone in the space agency’s initiatives to bring humans back to the Moon’s surface for the first time since 1972. The SLS massive rocket will carry the crew capsule around the Moon further than any spacecraft made for humans has ever done, before returning to Earth for a splashdown in the Pacific Ocean.

Artemis 1, the first of several missions is intended to successfully land astronauts on the moon. According to a news release from the agency, the unmanned mission will be the “1st integrated test of NASA’s deep space exploration system,” which incorporates the Orion spacecraft, the SLS rocket, and the ground structures at Kennedy Space Center in Cape Canaveral, Florida. “This is a mission that truly will do what hasn’t been done and learn what isn’t known,” Mike Sarafin, Artemis 1 mission manager at NASA Headquarters in Washington, said in the news release. “It will blaze a trail that people will follow on the next Orion flight, pushing the edges of the envelope to prepare for that mission.” Since the Saturn V mission in the 1960s and 1970s, the SLS rocket is the most dynamic one ever built. Up until this point, it was parked within a structure at Florida’s Kennedy Space Center.

How The Rocket Will Manoeuver:

The rocket will travel 4.2 miles from NASA’s Vehicle Assembly Complex to the launchpad at an average speed of 1 to 2 miles per hour in about 10 hours. The Orion spacecraft, designed to transport astronauts on trips into orbit lasting up to a few weeks, is perched atop this rocket. The mission will endure for around three weeks and conclude with proof of Orion’s preparation to return to Earth in a secure way. Off the coast of Baja, California, the spacecraft will do a precise landing within the visual range of the rescue vehicle. The mission will be followed by Artemis 2, which is scheduled to orbit the moon with a crew by 2024, and Artemis 3, which is scheduled to make a moon landing with a crew by 2025.

As part of human exploration of the Moon, numerous space missions have been undertaken to study Earth’s natural satellite. Of the Moon landings, Luna 2 of the Soviet Union was the first spacecraft to reach its surface successfully, intentionally impacting the Moon on 13 September 1959. In 1966, Luna 9 became the first spacecraft to achieve a controlled soft landing, while Luna 10 became the first mission to enter orbit. Between 1968 and 1972, crewed missions to the Moon were conducted by the United States as part of the Apollo program. Apollo 8 was the first crewed mission to enter orbit in December 1968, and it was followed by Apollo 10 in May 1969. Six missions landed humans on the Moon, beginning with Apollo 11 in July 1969, during which Neil Armstrong became the first person to walk on the Moon. Apollo 13 was intended to land; however, it was restricted to a flyby due to a malfunction aboard the spacecraft. All nine crewed missions returned safely to the Earth.