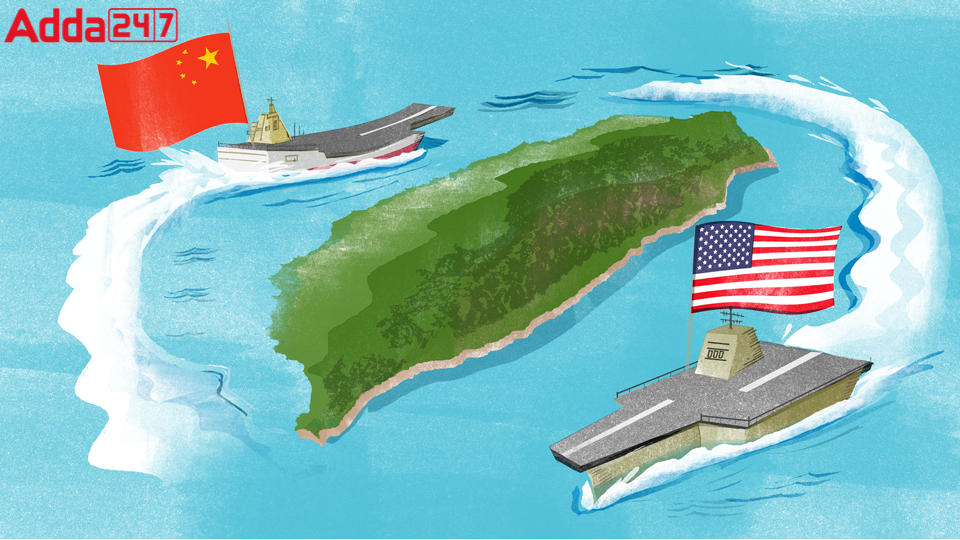 Two U.S. Navy warships sailed through international waters in the Taiwan Strait, the first such operation since a visit to Taiwan by U.S. House Speaker Nancy Pelosi enraged China which regards the island as its territory. The U.S. Navy, said cruisers Chancellorsville and Antietam were carrying out the ongoing operation. Such operations usually take eight to 12 hours to complete and are closely monitored by China’s military.

For nearly 70 years an imagined line running down the Taiwan Strait between Taiwan and China has helped keep the peace but the so-called median line is looking increasingly meaningless as China’s modernised navy asserts its strength. China has never officially recognised the line that a U.S. general devised in 1954 at the height of Cold War hostility between Communist China and U.S.-backed Taiwan although the People’s Liberation Army largely respected it. Now Taiwan is bracing for warships from China’s much larger navy routinely pushing over the line as part of the steps an angry Beijing has taken to protest against a visit to Taipei three weeks ago by U.S. House Speaker Nancy Pelosi.

Taiwan would have to react militarily if Chinese forces entered its 12 nautical miles of territorial waters, the Taiwan official said, but apart from that, there was no immediate plan to give the military or coastguard more authority to respond. President Tsai Ing-wen has repeatedly said Taiwan will neither provoke nor escalate conflict. It is questionable whether international support for Taiwan is sufficient to deter China from patrolling into Taiwan’s side of one of the world’s busiest shipping lanes, or if Taiwan’s friends would help it maintain the line. Ships of the U.S. and other Western navies sail through the strait to highlight what they maintain is its international status, not to strictly enforce the imaginary line that has no legal standing.

The Taiwan Strait is some 180 km (110 miles) wide and at its narrowest, the median line is about 40 km (25 miles) from Taiwan’s waters. An established Chinese naval presence close to Taiwan’s territorial waters would stretch Taiwan’s military and make any Chinese blockade or invasion much easier, Taiwanese officials warn. Ultimately, a redundant median line would also usher in further challenge to the long-standing U.S. dominance of China’s near seas – the so-called first island chain – and help China to project its power into the Pacific.

Chieh Chung, a security analyst from the National Policy Foundation think tank in Taipei, said the “overthrowing” of the median line consensus had increased the risk of accidental conflict. Chieh said the codes of engagement for Taiwan’s coastguard and military should be reviewed to give them more authority and legal protection in reacting to increasingly complex challenges from Chinese forces. Within weeks, U.S. warships are expected to sail through the Taiwan Strait, underscoring what they see as its status as an international waterway, to the inevitable annoyance of China, which claims sovereignty and other rights over the strait. But the U.S. ships are not expected to challenge Chinese vessels on either side of the median line.

Under President Donald Trump, the United States deepened ties with Taiwan over Chinese objections, including by selling more than $18 billion worth of arms to the military and unveiling a $250 million complex for its de facto embassy in Taipei. Trump spoke with Tsai by telephone ahead of his inauguration, the highest level of contact between the two sides since 1979. The Biden administration has taken a similar approach, continuing arms sales and affirming the Trump administration’s decision to allow U.S. officials to meet more freely with Taiwanese officials. Biden was the first U.S. president to invite Taiwanese representatives to attend the presidential inauguration. The United States participates in military training and dialogues with Taiwan, regularly sails ships through the Taiwan Strait to demonstrate its military presence in the region, and has encouraged Taiwan to increase its defense spending.